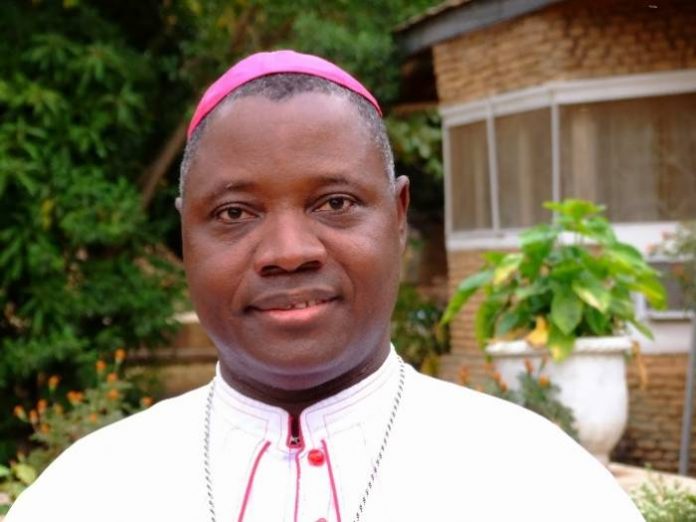 Metropolitan Catholic Archbishop of Jos, Ignatius Kaigama, has identified reasons behind the competitive spirit, hostility and intolerance between adherents of Islamic and Christian religions in Nigeria.

Kaigama made the disclosure during a paper presentation on Religious Freedom in Nigeria at the Presidential Palace, Malta.

Kaigama was in Malta on the invitation of the Aid to the Church in Need (ACN) to be a part of the launch of the 2018 Religious Freedom report.

Kaigama said the early arrival of Islam in Nigeria before Christianity gave rise to the unhealthy rivalry.

He also said that what probably is the reason for tension and violence between Muslims and Christians is perhaps the perception by Christians that Northern Muslims in Nigeria seem to consider their culture and religion to be superior to theirs.

Kaigama further said the uneasy relationship the two religions had elsewhere before their arrival in Nigeria, influenced the competitive spirit, inexplicable tension, suspicious and sometimes, hostile relationship between Christian and Muslim adherents.

The immediate past President of the Catholic Bishops Conference of Nigeria (CBCN), added that ever since the two religions met in Nigeria, the struggle has often been for increased membership, territorial expansion or the use of religion to gain political capital.

He said unfortunately, the not-too-cordial-relationship has continued to grow in intensity with attendant negative consequences, even as he said many centuries after those bitter encounters between adherents of Islam and Christianity, Nigeria continued to feel the hangover.

Kaigama said the development was attested to by the way the umbrella Muslim organization, Jama’atu Nasril Islam (JNI) and the Christian Association of Nigeria (CAN) behave and act towards each other.

Kaigama also said one can see from the actions and utterances of the leaders of the organizations that instead of focusing on how their religious values can complement each other to build their followers and by extension, the nation spiritually and morally, they have been more concerned about promoting narrow religious interests, engaging in mutual verbal attacks and sometimes, making inflammatory statements that threaten peace and harmony which is what sometimes gives the impression that the nation is at the brink of a religious war.

“It is not contested that more Muslims populate the northern part of Nigeria while the South is more populated by Christians even though there are significant and vibrant Christian and Muslim groups in both the Northern and Southern part respectively.

“Their significant numbers cannot and should not be underestimated, glossed over or ignored. Doing so is what ignites serious inter-religious tension and squabbles.

“It is also noteworthy that there is more openness to peaceful coexistence, inter-religious marriages and common celebrations of feasts between Muslims and Christians in the southern part of the country than in the North where a hypersensitivity to the issues of religion exists so much so that the mere mention of a word that is thought to be blasphemy could lead to great conflagration and loss of lives.

“The Miss World contest in 2002, when about 200 lives were needlessly lost because of the disapproval of some who felt that the whole exercise was unethical and the publication of the cartoon of Prophet Muhammad in far away Denmark in 2005 which led to many deaths and before it, the new dimension of Sharia introduced in 1999 and propagated by the former Governor of Zamfara State, Alhaji Ahmad Sani Yerima, which almost polarised the nation, are cases in point.

“One may ask why the competitive spirit and even the hostility and intolerance between the two main religious groups in Nigeria?

“Perhaps it is because Islam was the first to arrive and the arrival of Christianity much later which like Islam, sought significant and visible presence among local populations, as well as strong and fast numerical increase of its members, triggered the unhealthy rivalry,” Kaigama said.

Kaigama said another reason for uneasy relationship between Christians and Muslims is the fact that the British Colonial authorities favoured the North in their policy of ‘indirect rule.’

He added that the Hausa and Arabic languages were used just as Muslim chiefs were imposed to rule over non-Muslim populations, saying that the situation in no small way, aided the penetration of Islam and the Islamisation of what is today Northern Nigeria.

“The indirect rule’ arrangement by the colonial authorities somewhat gave birth to the notion that political power is the exclusive preserve of the northern Fulani/Hausa Muslims, even decades after the amalgamation of the Northern and Southern Protectorates in 1914.

“Another factor that fuelled mutual distrust between Muslims and Christians in Nigeria is the fact that Christianity came along with a functional Western education that developed the capacity, knowledge and skills of the people as compared to the Muslim Koranic or Arabic education which, apart from spiritual empowerment, did little to empower the children, the youth and the women.

“Furthermore, the Almajiri system whereby children were allowed to escape parental control and wander on the streets in faraway villages or towns to acquire Koranic knowledge was seemingly encouraged. Western education propagated by Christianity on the other hand, sort of “opened the eyes” of non-Muslim ethnic groups and they were no longer ready to play the second fiddle or remain unconditionally subjugated to northern Muslim interests and culture because of the critical and autonomous thinking which western education provided,” Kaigama further said.

Kaigama also said some ethnic groups in Northern Nigeria today feel greatly deprived of their rights and privileges on grounds of their refusal to accommodate and accept Islam.

“No wonder, it is obvious that Northern Muslims have produced more Presidents and influential members of government than any part of the country. The Yoruba of Western Nigeria have dominated the educational sector with the Igbo of Eastern Nigeria prominently in the lead in matters of commerce and other economic ventures.

“The over three hundred ethnic minorities feel they are suffocating under a system that allows only big ethnic or religious groups to thrive. The reaction to this feeling of suppression, marginalization and unfair treatment is what results in pockets of violence that erupt obviously for economic or political reasons but because the Nigerian population is almost evenly divided between Christians and Muslims, any such crisis is interpreted as religious.

“What may be the reason for tension and violence today between Muslims and Christians in Nigeria is perhaps the perception by Christians that Northern Muslims in Nigeria seem to consider their culture and religion to be superior to theirs which they refer to as pagan peoples (infidels) who must be subjected to Islamic rules and institutions. This sort of negative stereotyping gives rise to tension and eventual violence,” Kaigama stated.

Concluding his presentation, Kaigama said no doubt religion plays a very crucial role in the lives of Nigerians, adding that the unhealthy rivalry between adherents of Islam and Christianity always pushed the nation to religiously inspired violence, especially in the North.

He noted that violence occurred in the name of religion, but added that deep at the roots, there is social, economic, political and ethnic discontent by minority groups begging for attention.

Kaigama said there is the need to continue to work together transcending religious divides in collaboration with bodies such as Aid to the Church in Need and other organizations of goodwill to support persecuted persons, the millions of internally displaced persons and positively strengthening faith communities.