Magu is being investigated by a Presidential panel headed by retired Justice Ayo Salami. 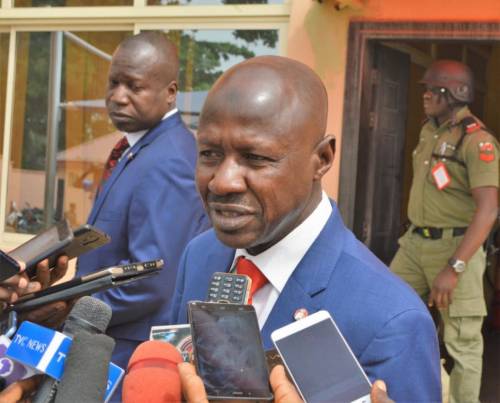 Since July, the panel, which was set up by President Muhammadu Buhari had been probing the suspended boss of the anti-graft agency for various allegations including abuse of office and mismanagement of recovered assets levelled against him in a memo sent to Buhari by the Attorney-General of the Federation, Abubakar Malami (SAN).

Magu in a statement by his lawyer, Wahab Shittu, said the report that he confessed to the panel that he was overzealous as EFCC chairman and begged for mercy was misleading.

He said, “Our attention has been drawn to a misleading story in a certain online medium with a misleading headline – Magu confesses, Begs: I Was Overzealous as Acting Chair of EFCC, Please Save My Career. We wish to state that this story was twisted fundamentally out of context by my client’s accusers who want to hit back at my client without justification.

“It is true that Magu and my humble self-addressed the panel at the conclusion of his defence while Magu clarified that he threw himself to the job of acting chair because of his passion for the anti-corruption war, a situation that may be alleged overzealousness in some quarters. He however pleaded for justice and fair play by the panel members in the context of his overall achievements and career which hitherto remain unblemished and will terminate in two years’ time.

“At no time did Magu admit to guilt to the allegations, the subject matter of the inquiry. Indeed the only thing going for Magu is his conviction of his innocence. A member of the panel had cause to inquire from me whether I am convinced that the panel will do justice to my client. I responded in the affirmative and I hope my optimism of the justice of the process at the end will not be illusory.”