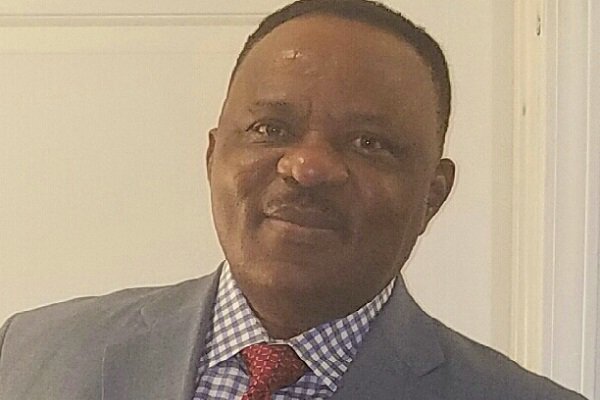 A presidential aspirant under the All Progressives Congress, Dr. SKC Ogbonnia, has accused President Muhammadu Buhari of turning the Senate President, Bukola Saraki into a villain.

Ogbonnia said Buhari turned Saraki into a villain by failing to live up to the expectations of those who voted for him in 2015 and creating a “void” which the Senate President has stepped in to fill.

In a statement he signed and sent to DAILY POST, the APC chieftain also described Saraki as a “prime oligarch of the corrupt club of ex-Nigerian governors who ought to have caught the attention of the Guinness World Records for manipulating the judicial system to evade justice.”

The statement reads, “Many Nigerians have short memories and can easily embrace a sinner as a saint without a rethink. Yesterday, August 7, 2018, there was “wild jubilation as he entered the National Assembly”, after being unduly locked out by forces loyal to the executive arm of the government. Today, “he is the hero of Nigeria’s democracy.” He has become “The National Leader of PDP”. What is more, he is now said to be “the candidate to beat in the 2019 presidential race.” The “he”, of course, refers to Abubakar Bukola Saraki, the President of the Senate. But any blame for the oddity ought to go to no other person than Muhammadu Buhari, the President of the Federal Republic.

“Buhari assumed democratic power with so much popularity and a relaxed majority in the legislature. He had no excuse for failure. But Mr. President effortlessly squandered the massive goodwill. Many factors contributed to this failure in leadership, but none is more potent than his adventure with Bukola Saraki.

“The trouble began to unfold when Buhari won but failed to fathom that the struggle to rescue Nigeria from the 16-year misrule under the Peoples’ Democratic Party (PDP) required more than a simple majority in a presidential election. The desired change required sustained presidential influence, including lobbying, throughout the life of the new government. Unfortunately, however, Buhari began his presidency by being busy doing something very close to nothing.

“The seemingly void in leadership paved way for Bukola Saraki to strike. The date was June 9th, 2015. It refers to the fateful day President Muhammadu Buhari recklessly wrecked the engine of the change movement that brought him to power. I mean the instance Buhari freely allowed Saraki to connive with a virally corrupt opposition party to dictate the leadership of the law-making body in the land. Whereas Saraki became the President of the Senate, Ike Ekweremadu of the opposition grabbed the position of the Deputy Senate President—all to the chagrin of the ruling party, as well as the Nigerian masses.

“Any outrage was quite in order. A two-time governor of Kwara State, Saraki is a prime oligarch of the corrupt club of ex-Nigerian governors who ought to have caught the attention of the Guinness World Records for manipulating the judicial system to evade justice. Ekweremadu, on his part, is the poster-boy for a dateless clique of senators better known as billionaires without work. Even worse, it was discovered that the Standing Order used to elect the leadership of the Senate was forged.

“In short, the overall optics with Saraki and Ekweremadu heading the Senate does not look good. Rather than the much-anticipated change, Nigeria has found itself in a hopeless situation where some of the most hardened characters of the corrupt oligarchy literally dictate the content and pace of a change government.

“But Mr. President has not helped matters: He forgot why he won. Lest we also forget, unlike President Goodluck Jonathan, Nigerians then saw Buhari as a strong leader with the willpower to do the just without fear or favour. Regrettably, possibly in an attempt to avoid evoking any nostalgia of his dictatorial military past, a punchline of the opposition during the 2015 presidential campaign, the Daura-born General naively assumed the posture of a Recruit in dealing with the body that makes laws in the land.

“Instead of capitalizing on his popularity at the time to influence the impeachment of Saraki through the most vigorous lobby of the senators, most of who are from the ruling party, Buhari was caught befuddled. This quagmire prompted me to pen “Time To Impeach Saraki”, “Buhari Hitting The Senate With Kid Gloves”, among others. But we have all learnt our lessons: Advice outside his inner caucus is not Buhari’s forte. He would choose a heedless path. Since then he has been deploying state organs, particularly the law enforcement and anti-corruption agencies, to persecute both Saraki and Ekweremadu while ignoring some powerful politicians in the same Buhari government whose corrupt profiles are even worse than those of the two Senate leaders.

“The mean approach could have worked, but there was another self-inflicted wound: Buhari had turned Ike Ekweremadu into an Igbo totem without realizing it. The president, remember, had vowed to marginalize the South-East and South-South Nigeria for not voting for him. He fulfilled the vow through lopsided appointments. In the process, he unabashedly denied the South-East the position of the Secretary to the Government, thereby depriving the Igbo nation and the entire Eastern Region a spot in the upper echelon of the APC government.

“The reality is that Mr. Ike Ekweremadu, who became the Deputy Senate President by the virtue of Saraki’s political chicanery, has been embraced as a half-bread by the people of the old Eastern Region. Even if Ekweremadu was removed–at the time–there was no high-ranking Eastern senator from the ruling party to replace him. Saraki capitalized again. The Kwara senator would become inseparable with Ekweremadu and together sensationalized the glaring marginalization of the East by Buhari. The development was a Christmas in June for The Indigenous People of Biafra (IPOB) and the Niger Delta militants. The Ohaneze followed with a resounding Igbo Kwenu, and the leadership of South-South minorities said Aye. The Afenifere together with its media army went further to illuminate the injustice. The Middle Belt and the Christian Association of Nigeria were not left behind, thereby prompting patriotic core Northern masses to join to question Buhari’s motive. And Bukola Saraki–of all people–suddenly emerged as the focal leader of the opposition to the injustice in the land.

“Saraki’s growing influence does not sit well with Buhari at all. The president has countered with a series of undemocratic attempts to overthrow the leadership of the Senate. But the approach has done nothing but provoke a worldwide outcry thereby further damaging the image of Buhari while at the same time soaring the popularity of Saraki.

“Bukola Saraki is undeserving to be Senate President, quite alright, but Buhari’s actions or inactions have made the renegade Kwara Senator a hero, at least to the opposition. Yet, there comes a time nonsense paves the way to common sense. The fame currently swirling around Saraki is fake and must be rebuffed by well-meaning Nigerians. At the same time, though President Buhari means wells, he is fighting the right cause through the wrong course. It is about time he considers our party and nation before self. The president has to recognize that his second term bid is unpopular with Nigerians; and any further major misstep on Saraki and Ekweremadu, though a diabolic duo, is to risk the wrath of the unsuspecting masses on our party.”