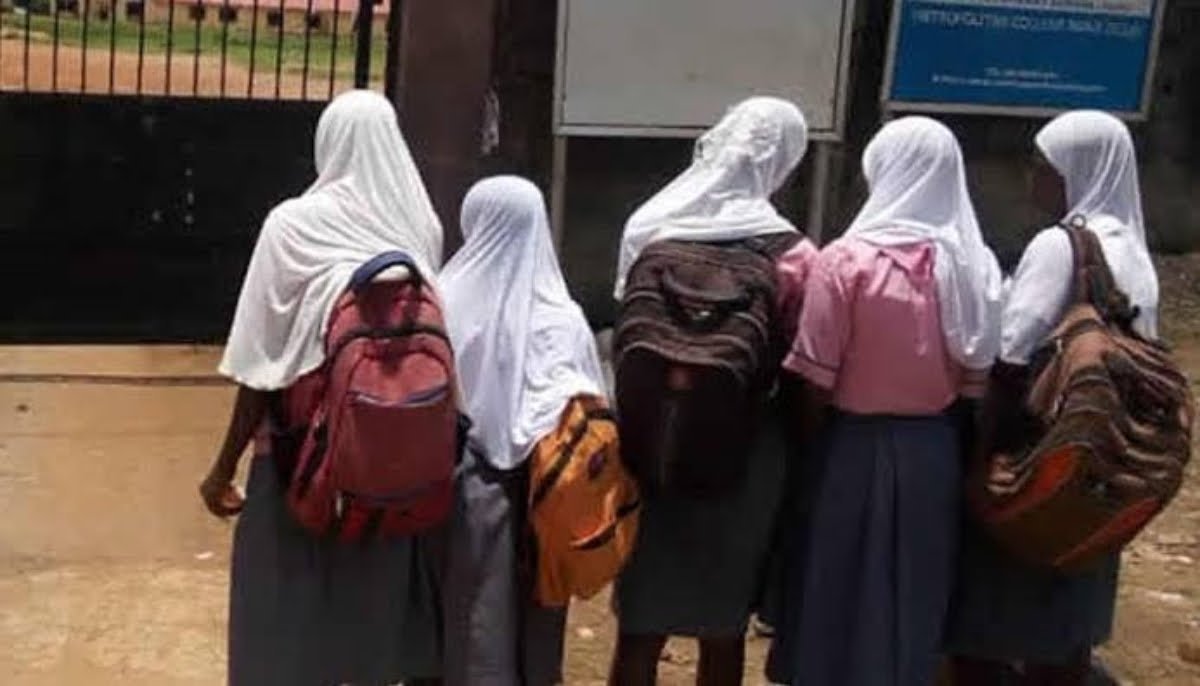 Another violent clash broke out at C&S College Sabo Oke, in Ilorin, on Monday following attempts by some unidentified persons to forcefully open the gate of the school.

The students of the college were also chased away and sent back home.

DAILY POST reports that the state government on Friday ordered the ten mission schools shut down to resume classes to enable intending WASC students prepare for their examinations.

But the Christian community insisted that the use of hijab will not be allowed in their mission schools while also demanding the return of the schools to their original owners.

During a visit to the college at about 11.30am, DAILY POST found that the gate of the school was under lock and key, although teachers and staff reported for work.

The situation, however, turned chaotic and violent when unidentified persons attempted to forcefully open the gate of the school, in the presence of security operatives.

Shortly after his address, another violent clash broke out following gunshots fired from inside Emmanuel Baptist church opposite C&S College Sabo Oke, at about 12.10pm, while the church was also pelted with stones and other objects.

The violence spread to St Barnabas LGEA primary school and some churches in the area as people armed with cutlasses and broken bottles went on a rampage.

The Christian community also mobilised its own forces to counter the attack in a bid to protect their people and property.

The state Police Command’s Spokesman, Mr Okasanmi Ajayi, who was met at the scene, told DAILY POST that the situation was under control.

He confirmed that aside from the situation at the C&S College, Sabo Oke, normalcy had returned to the other nine mission schools involved in the issue of hijab, in the state capital.

Armed soldiers were later deployed to the area to restore peace and were still present at 2.26pm when DAILY POST Correspondent left the scene.