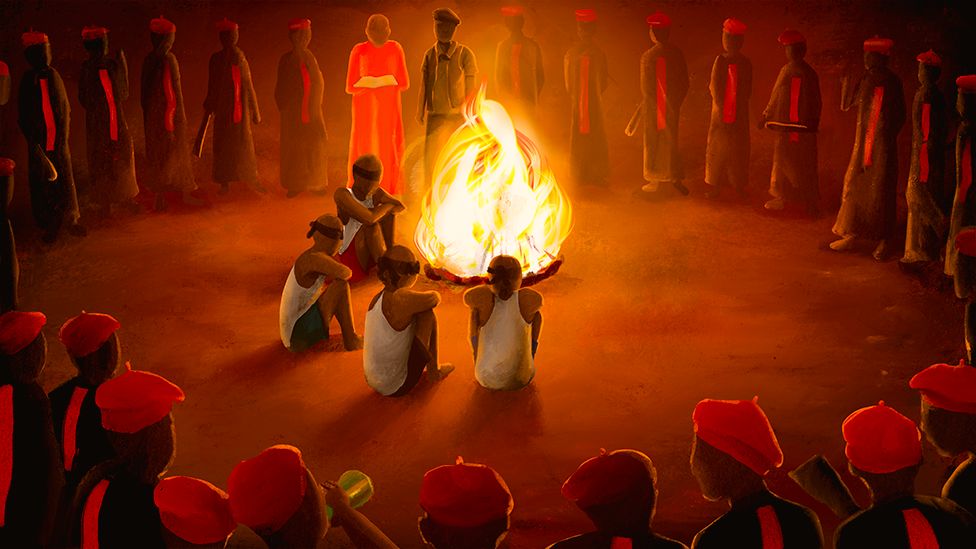 Parents, guardians and other residents of Akwa Ibom State have expressed apprehension over the rate at which cultism has continued to escalate in the State despite its ban by the Governor, Mr. Udom Emmanuel, an elder and Deacon in Qua Iboe church.

Recall that Governor Emmanuel, worried by the increase in cultism in the State, proscribed 65 cult groups and quickly signed into law the cultism and other violent Behaviour(prohibition) order, 2020 for the State.

He had also at different occasions said that no known cultists shall succeed him or be a member of his cabinet, mandating his appointees to publicly denounce cultism.

Police arrests 17 cultists in Abuja
What is more worrisome and fearful now is that primary and secondary school students, particularly in Public schools have been caught in the web of cultism.

Many parents who spoke with our correspondent in Uyo expressed reservations over this ugly incident rearing it’s head in the State.

A parent in Ewet Technical School Uyo, Monday Akpan said he hoped on God to protect his children from the prying eyes of these cultists in schools as he didn’t have the resources to enrol his wards into a private school.

He said, “I fear for our society and the future generation. This issue of cultism is very serious here even though they said the Governor banned it sometime ago. But what will I do since I don’t have the means to send my three children to private schools.

“I’ll keep on praying that the eyes of the wicked do not see them because such a thing was not in existence when we went to school. I did not join cult groups when I was in school and I’ve already told my children not to do so but to focus on their studies.”

Another resident of Uyo, Anthony Obi said even though his business is not doing well, he must squeeze out something to send his two children to a private school due to the fear of initiation into cultism.

‘”A situation where a primary school pupil will join cultism shows that we are already in trouble,” he added.

Schools are meant to be the citadel of learning and where characters are moulded, unfortunately, reverse is the case as some schools have been turned into den of initiation or where nefarious acts are perpetrated by cultists.

The principal of Community Secondary School, Idung Iniang in Eket local government area, Akwa Ibom State, in an interview lamented that his school has become a rendevouz for initiation of pupils which according to him were usually done befoee students and teachers.

The Principal said unfortunately, they were forced to watch helplessly as the school grounds are not only desecrated but has become porous and an easy escape route for the criminals.

Mr Abraham said, “The school is a stronghold for cultists, they come here to initiate children even while classes are in session in the afternoon. You will see them from the bush with mufti and while you are running after them this way, they go out the other way.

“I have reported to the village. They tried their best but the money is not there. We even brought in the Nigeria Security and Civil Defence Corps (NSCDC), but the money they were asking for was too much, and the Parents Teachers Association (PTA), said they would not have such amount to pay. You know we are in an era where we are not permitted to collect money from students.

“At times, even during lesson, some students run into the bush. What are they doing in the bush? Or at times, the teacher enters the class, you see them running out, where are they going to? Probably, going to the bushes to be initiated or do all sorts of bad things in the day time. When something like that happens in the school, you know the environment is not really okay.

On how the school manages the problem of cultism and cultists, he said the teachers are very attentive to visitors coming into the school during school hours.

“If we see someone like that because they do come in mufti, and you know you can equally know someone by his or her dressing, so when we see such individual, the teachers, mostly the male teachers walk up to them and ask them about what they are doing in the school.

“if it’s what I cannot handle, I will involve the vigilante group in the community and they can come in.

“We discipline the students when we see them behave anyhow. I question students who are outside their classrooms during school hours. You see some of them holding different kinds of things like scarf..We go around collecting the scarfs from them, flog those who dress anyhow, and pursue them into their classes.”

But some of the students cultists have become so violent and deadly that they can challenge any one who tries to disrupt their activities.

Just yesterday, Thursday June 24, some students cultists in Uyo High School dared to kill their principal, Mr. Micheal Etuk for arresting and detaining some of their members in the police station.

The students were said to have dropped a note and some fetish objects in front of the principal’s office, giving him 24 hours ultimatum to accede to their demand or would be made to face their wrath which will be extermination of his household and him.

Nigerian students in Ekiti State match against cultism, bloodshed, sexual harrassment
This threat according Edet James, a parent in Uyo High School should not be taken for granted as those boys meant every word they said.

The parent who called for adequate security and protection for the principal begged the State government to tackle this menace headlong.

Meanwhile, the school has been shut down for the meantime.