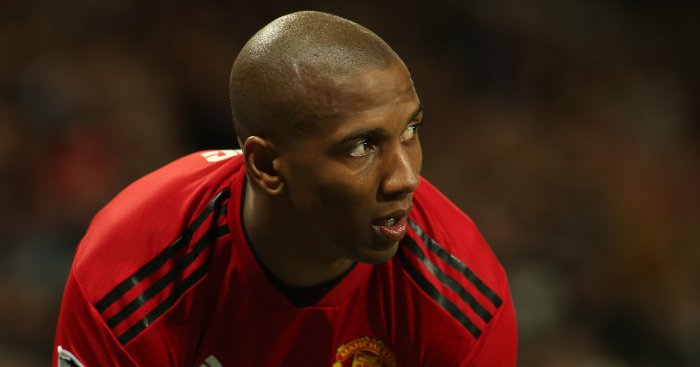 Young said this following Man United’s 4-0 humiliating defeat to Everton in the Premier League on Sunday.

“We’ve just got to apologise to the fans and we’ve got a tough one coming up on Wednesday with the Manchester derby,” Young told Stewart Gardner after Man United’s defeat to Everton on Sunday.

“We know how important that’s going to be. If you can’t get yourselves up for the Manchester derby, there’s something wrong.

“I’ve got confidence that we’re going to be ready for Wednesday. It’s a disappointing day today but we’ve got to dust ourselves down fairly quickly and go again this week.

“It’s four games, it’s four winnable games. If you’d said in October, we would be in this position we’d have taken it, but a club like Manchester United, we should be looking much further up the table.”

The 33 year old added: “We’ve got four games left, we’ve got four wins to get. It’s gonna be tough but I’m sure we can do it.

“We were 4-0 down and [the fans] were still singing. They’ve been fantastic and we’ve got to go and put a performance in on Wednesday.”