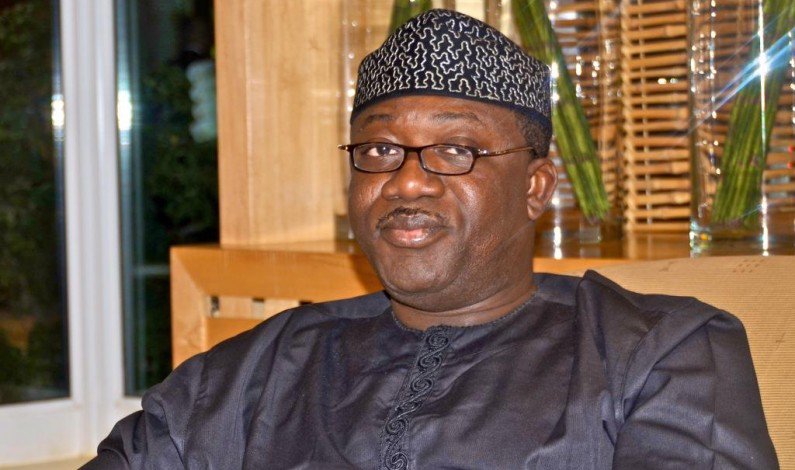 The tribunal granted the order following a motion ex parte filed by him under section 151 of the Electoral Act, so as to prepare his defense for the petition filed against his victory by the Peoples Democratic Party’s governorship candidate, Prof. Kolapo Olusola.

Counsel for the third respondent (Fayemi), Mr Abayomi Aliyu (SAN), listed eight grounds upon which the motion ex parte should be granted.

The chairman of the tribunal, Justice Babatunde Belgore, who reviewed all the relief sought held that the court found merit in the application and subsequently granted them in the interest of fair hearing.

The tribunal also granted Fayemi’s prayer to allow a forensic expert to inspect all ballot papers, voter registers and other materials used for the poll.

In the over 700-page petition filed on Friday, Olusola asked the tribunal to declare him as the winner of the election “having scored the majority of lawful votes.”

Olusola said, “Today, I formally filed the much-expected petition against the results of the July 14, 2018 governorship election, which was openly manipulated by political desperadoes, using instruments of the federal government.

“Like I have maintained, I am challenging the election results not out of desperation to be governor, but for reasons of future and posterity, and largely on behalf of the people of Ekiti, who were taken aback by the outcome of the election.

“Without a doubt, the will of the people was subverted by those who have chosen to take Nigeria back to the dark days of ballot stuffing, ballot boxes snatching and outright falsification of election results and I believe they deserve to get justice.”