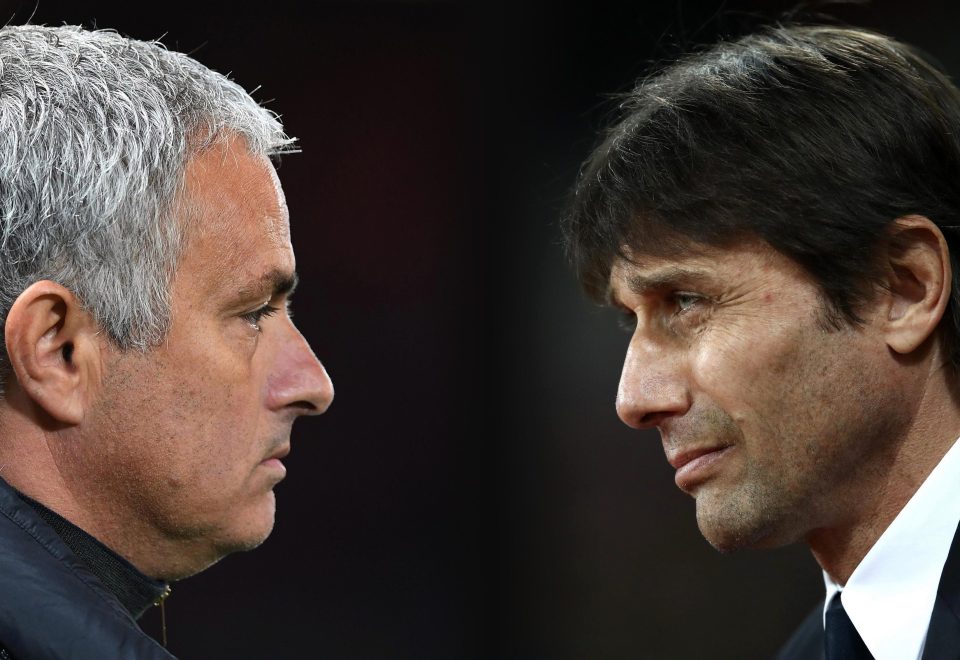 Antonio Conte has called on Jose Mourinho to show more respect after he taunted Juventus’ fans during a Champions League group stage clash earlier this season.

The now former Manchester United manager waved three fingers in the direction of the travelling fans at Old Trafford back in October, to signify the treble he won while in charge of Inter nine years ago.

Conte endured a long-running feud with Mourinho while they were both in Serie A and the animosity continued when the Italian was installed as the Special One’s replacement at Stamford Bridge in 2016.

Referring to Mourinho’s gesture earlier this season, Conte said: “He won the treble [with Inter] and three Premier League titles with Chelsea, so I think he is entitled to do that gesture.

“However, respect is needed. Both from fans and managers. He’s won a lot during his career, and in this gesture, there is everything about Mourinho,” he told talk show, E poi c’è Cattelan.

Conte has enjoyed a season-long sabbatical having been sacked by Chelsea but is set for an imminent return to management.

“I still don’t know where I will go.

“But certainly I’ll choose a team who has a project that convinces me,” he added.