by Khad Muhammed
October 13, 2021
WhatsApp
Facebook
Twitter
President Muhammadu Buhari has called off his participation at the United Nations Climate Change Conference, aka COP 26, holding between October 31 and November 12 in Glasgow, Scotland in the United Kingdom, SaharaReporters has gathered.


According to presidential sources, Buhari has asked Vice-President Yemi Osinbajo to represent him. 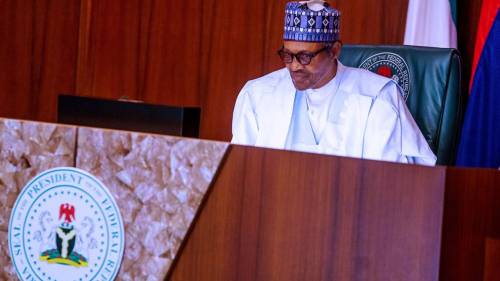 Over 100 world leaders are expected to attend the conference at Glasgow’s Scottish Events Campus – home of the Hydro, SECC and Armadillo buildings – in the shadow of the Finnieston Crane.

SaharaReporters had exclusively reported that the President will be visiting Glasgow, Scotland; Paris, France, and Dubai, the United Arab Emirates before the end of 2021.

“Buhari to visit Glasgow, Scotland, Paris, France and Dubai, UAE before the end of 2021 amidst strong rumour of third term agenda,” a source had said.

Multiple presidential sources, however, told SaharaReporters that Buhari had cancelled the trip after seeing the need for rest.

“The Scotland trip is now for Vice President Osinbajo, the President won’t go again. However, he will still be going to France and Dubai, UAE later in the year,” one of the sources said.

Meanwhile, the President’s health has been a source of concern for many Nigerians.

SaharaReporters had exclusively reported that Buhari would this weekend depart Abuja for Daura, Katsina State to take some rest.

According to presidential sources, the President wants to go to his hometown, just to get some rest.

“He’s departing for Daura this weekend for home rest. He just wants to go and rest. He will return next week,” a source told SaharaReporters earlier on Wednesday.

Buhari on September 26 returned from New York, United States after participating in the 76th Session of the United Nations General Assembly (UNGA76), with the theme, “Building Resilience Through Hope – To Recover from COVID-19, Rebuild Sustainably, Respond to Needs of the Planet, Respect the Rights of People and Revitalise the United Nations.”

The President had departed for the UN Assembly on September 19.

And shortly after returning to the country, Nigeria celebrated its 61st Independence Day Anniversary, which again took Buhari out of his comfort zone.

According to one of the sources, for a younger and healthier leader who is used to hard physical and mental work, such a hectic schedule may not be too taxing.

However, considering Buhari’s age and health, the source said he probably found the recent activities taxing enough to require some rest.

Olisa Metuh, a former National Publicity Secretary of the Peoples Democratic Party, PDP, has pleaded with Nigerians to pray for him over his health. Metuh...
Read more
News

Former President Olusegun Obasanjo has declared that he would never return to the Peoples Democratic Party, PDP, saying he has retired from partisan politics. The...
Read more