Forty-eight senators have signed an agreement to forestall any impeachment process against Senate President, Bukola Saraki and his Deputy, Ike Ekweremadu.

This followed the seige at the National Assembly on Tuesday.

In the list obtained by DAILY POST, the Senators said they will resist any illegal change of leadership of the Senate.

However, Senator Ben Bruce has revealed plans to move against those he called “anti-democratic” agents.

He said this while condemning the invasion of the National Assembly by security agencies.

The lawmaker vowed that he and his collagues (pro-Saraki Senators), would report President Muhamadu Buhari, Department of State Services (DSS), the Nigeria Police, among others to the international community. 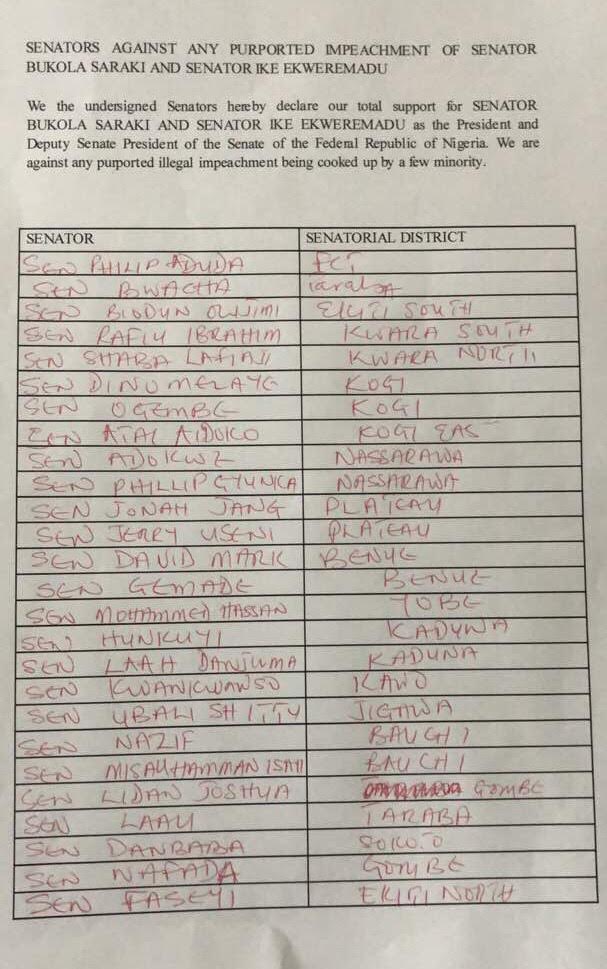 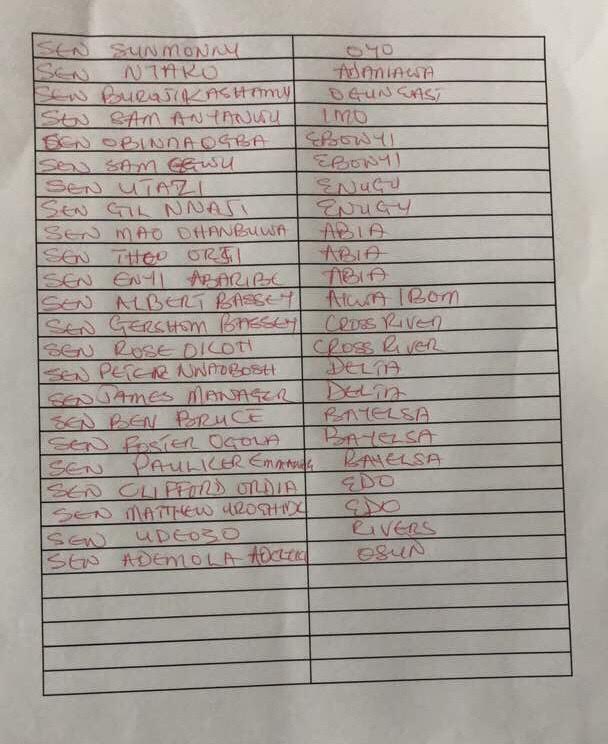