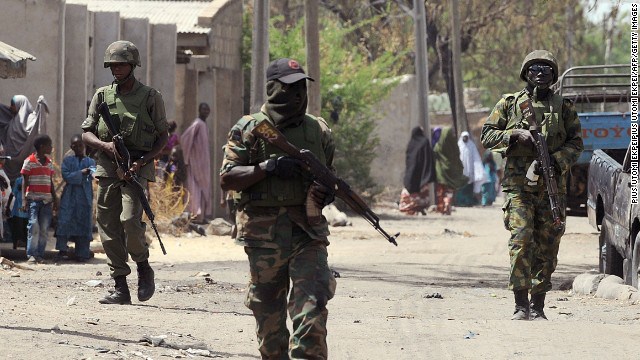 Eyewitness account has it that the fighters who came in their numbers circled the communities and simultaneously set them ablaze, killing about 12 residents in the process.

The communities are host to hundreds of Internally Displaced Persons,IDPs, and not far from the University of Maiduguri, which is vulnerable to attack due to its porosity and location along the Maiduguri to Bama highway.

As at this morning, families of the victims were seen preparing to bury their loved ones and picking up what is left of last night’s attack.

Emergency agencies were also seen trying to reach out to assist the victims, with the military providing support at the flashpoint of the attack.