Board shortlists three books for The Nigeria Prize for Literature 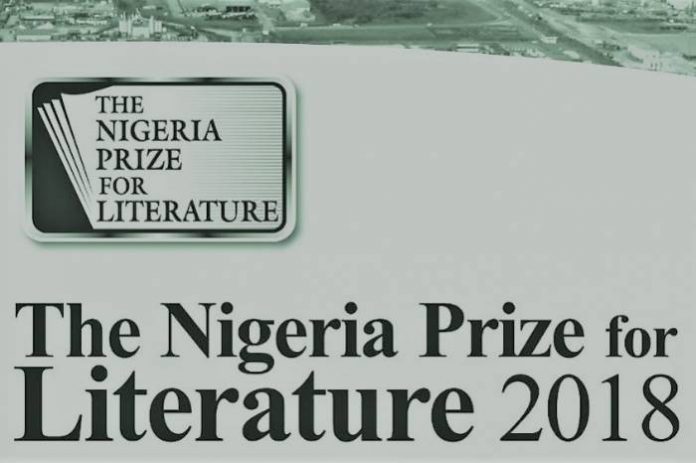 The Advisory Board for The Nigeria Prize for Literature has approved a final shortlist of three books out of the longlist of 11 released in July 2018.

The characters gave testimonies of their ugly encounters in Sambisa Forest, as well as their painful discovery of life in the IDP Camp.

Soji Cole, a member of the Faculty of Arts at the University of Ibadan, teaches undergraduates play writing at the Department of Theatre Arts.

In Death and The King’s Grey Hair, Denja Abdullahi, a literary essayist and National President of the Association of Nigerian Authors, confronts the issue of perpetuation in power, where rulers, like the king in this drama, employ all sorts of devices to cling on to power, long after they have overstayed their welcome.

The chairman of the panel of judges, Matthew Umukoro, is professor of Theatre Arts at the University of Ibadan.

Other members of the panel include Mohammed Inuwa Umar – Buratai, professor of Theatre and Performing Arts and the Dean of the Faculty of Arts at the Ahmadu Bello University, Zaria; and Ngozi Udengwu, a Senior Lecturer in the Department of Theatre and Film Studies at the University of Nigeria, Nsukka.

The judges expressed their delight at the high standard of writing evident in the entries for the competition this year.

Prof. Umukoro said all three plays have high literary qualities of effective dialogue, good dramaturgical structure, skilful handling of suspense, and credible characterisation, which have seen them through to this stage of the competition.

The International Consultant to the Advisory Board for this year’s prize is Jonathan Haynes, professor of English at Long Island University in Brooklyn.

In 2001-2002 he was the founding director of the West African Center of the Friends World Program (now LIU Global) in Kumasi, Ghana. He taught at the American University in Cairo (Egypt), Tufts University, Albion College, Bennington College, and Columbia University, and spent three years in Nigeria as a Fulbright Lecturer at the University of Nigeria, Nsukka, Ahmadu Bello University, and University of Ibadan. His specialty is African studies; African film, video, and literature; colonialism and post colonialism; English Renaissance literature and for two decades he has been closely following the growth of the Nigerian film industry, Nollywood.

Prof. Ayo Banjo assured that his board will retain the high literary standards the prize has already attained ensuring that it remains the most prestigious literary prize in Africa.

A total of 89 plays were submitted for the 2018 edition prize. A winner will be announced at a public presentation in October.