Not less than a total of 153,398 out of school children in Bauchi State have been enrolled in school under the Better Education Service Delivery for All (BESDA) programme in 16 out of the 20 local government areas of the state.

This was revealed by the Chairman, Bauchi State Universal Basic Education (SUBEB), Abubakar Sirimbai Sheikh Dahiru, while declaring open two separate trainings for 158 enumerators and supervisors and sensitisation of local government chairmen, traditional and community leaders and Tsangaya scholars on objectives of BESDA in Almajiri education in the state.

According to Dahiru, BESDA was a World Bank programme in collaboration with both the Federal Government and Bauchi State government aimed at returning out of school children to school.

He said the programme catered for the welfare of pupils by providing conducive atmosphere for learning for them.

“We provide all learning and instructional materials for them. We provide water, toilets, soaps, detergent, uniform, disable cycles to ease their transportation to school.

“We provide special needs for the pupils. We build temporary leaning shades and equip them with desks, chairs and we provide mats, blankets and uniforms to the pupils,” Dr Dahiru informed.

He revealed that 94,000 children were returned to school in the first phase of the programme carried out in 2020 in nine local government areas, adding that seven local government joined in 2021, bringing the number of LGA to 16 out of the 20 LGAs in the state.

Dahiru, who doubles as the state Project Coordinator of the programme, informed that a community mapping was carried out in October, 2021 in 16 LGAs, where 1,220,750 out of school children were identified, saying that the number was worrisome.

He further disclosed that a total of 2,500 teachers were recruited in 2020 to teach the 94,000 enrolled in school under the programme, adding that, “we are going to recruit over 3,334 qualified teachers that will teach in the centres we intend to establish.”

The chairman, however, appealed to parents, community and religious leaders to support Governor Bala Mohammed’s efforts to bring education to the doorsteps of pupils and efforts aimed at restoring the lost glory of education in the state. 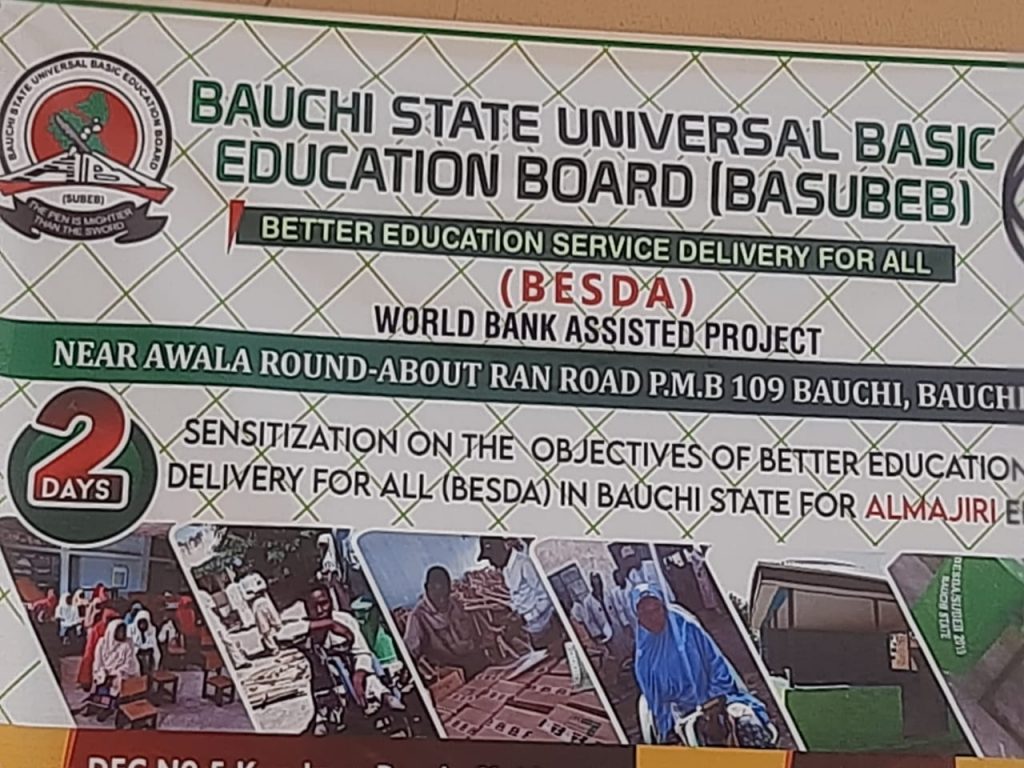