by Khad Muhammed
December 10, 2021
WhatsApp
Facebook
Twitter
Three persons have lost their lives to an attack by suspected bandits at Kurawa in Sabon Birni local government area of Sokoto State.


It was gathered that the attack occurred just few hours after Governor Aminu Tambuwal left the area. 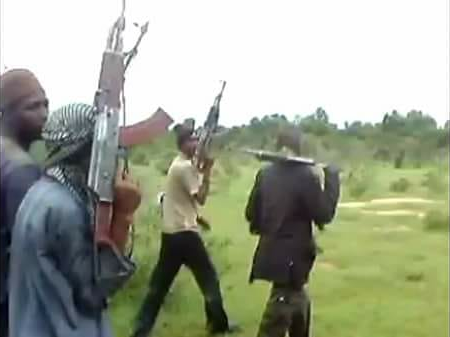 Tambuwal was in Sabon Birni to pay a condolence visit to the families of the travellers burnt to death by bandits along Sabon Birni-Isa road on Monday where he announced a donation of N250,000 to each of the families.

DailyTrust reports that the bandits invaded the village around 8pm on Thursday, shooting sporadically.

“They came during late night prayer, shooting sporadically. They killed three of our people and injured several others who are currently in the hospital,” a resident said.

Meanwhile, the spokesperson of the Sokoto Police Command, Sanusi Abubakar, could not be reached for comments as there had been nationwide outcry over the persistent and gruesome killing of passengers.

“Amnesty International is appalled by killing of dozens of travellers in Isa local government Sokoto state. According to the Sokoto government, 23 persons died of injuries sustained from burns after bandits shot at a bus conveying travellers from Sokoto to Kaduna.

“The Nigerian authorities have left rural communities in Sokoto State at the mercy of rampaging gunmen who have killed hundreds in the last two years. On 28 May, at least 74 people were reportedly killed in Sokoto state, when gunmen attacked four villages in Sabon Birni Local Government Area.

“The violence has forced many farmers and their families to flee their homes. This is pushing the region to the brink of a major humanitarian crisis. The Nigerian authorities’ failure to stem the violence is costing people’s lives and livelihoods, and without immediate action, many more lives may be lost,” AI had said.

In November also, 14 persons had been killed in attacks across communities in the same Sabon Birni local government area.