In a reaction posted on Twitter, Mustapha stated that the development was meant to intimidate his father, who is challenging the outcome of the just-concluded presidential election.

He tweeted: “No matter how hard it tries, a leopard can never change its spots. Same way General Muhammadu Buhari will not stop being an oppressive tyrant, regardless of how many times he calls himself a converted democrat or participates in elections.

“Atiku’s lawyer, Uyi Osagie, is still under illegal detention for over a week. For their inability to find anything incriminating to nail Atiku, they’ve extended the witch-hunt to his family. We remind the cowards that power is transient and they too shall become history soon.

“If the callous Muhammadu Buhari led administration think that they can cripple Atiku by subjecting him, his family and his associates to intimidation, then they’ve no idea who they are dealing with. Atiku Abubakar will continue to forge on in sha Allah.”

The Independent National Electoral Commission (INEC) had declared President Muhammadu Buhari of the All Progressives Congress (APC) winner of the recent election, having polled 15,191,847 votes as against Atiku’s 11,262,978 votes with a victory margin of 3,928,869 votes

Meanwhile, Atiku has inaugurated his legal team headed by Dr Livy Uzoukwu SAN, to challenge the result of the February 23 poll.

The Wazirin Adamawa vowed that he would use every legal means to achieve victory. 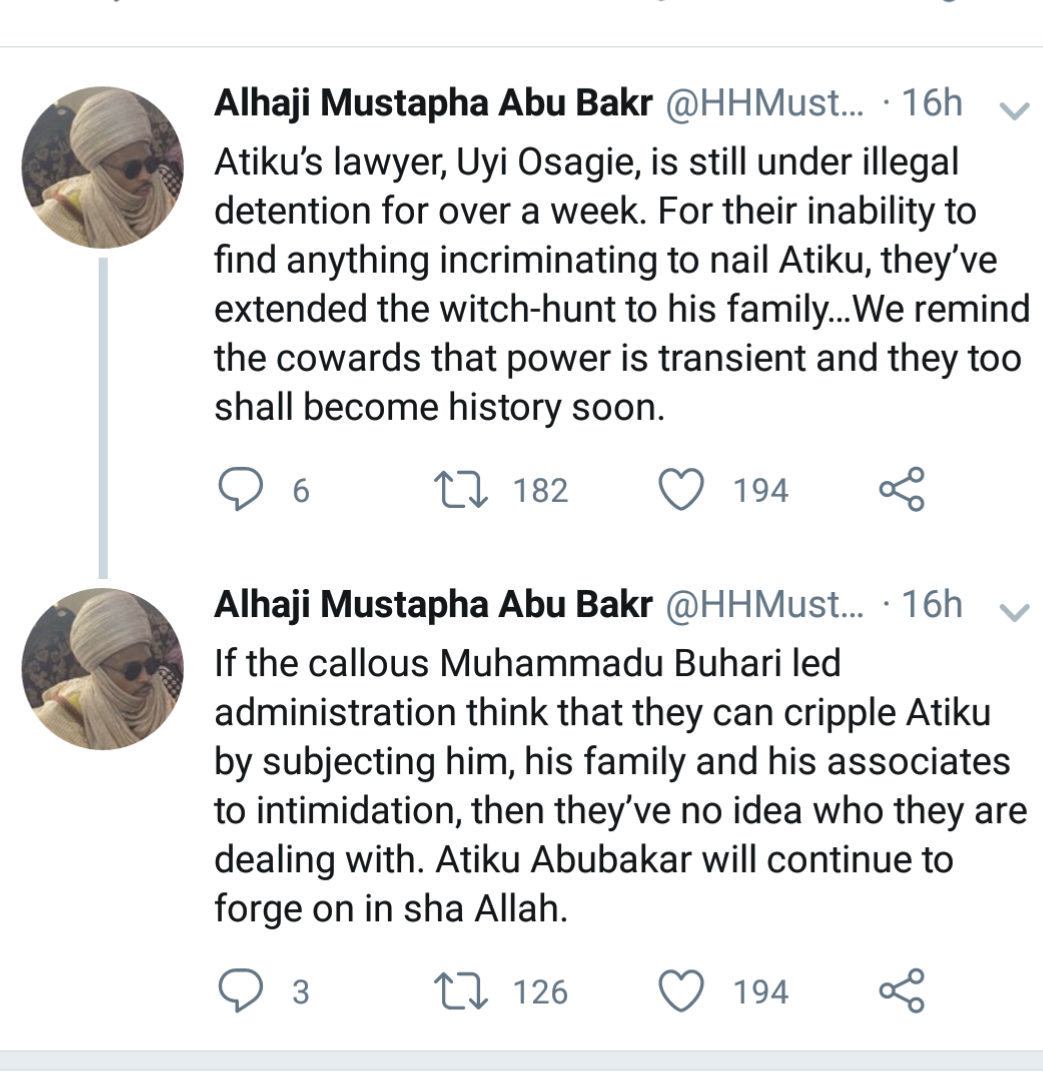