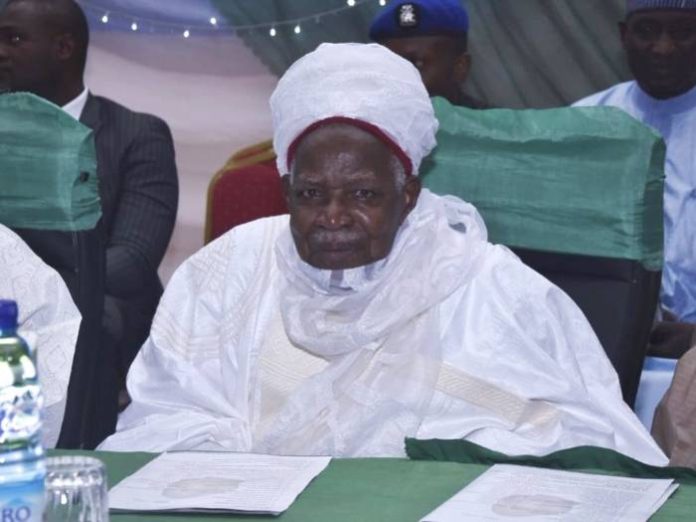 The Arewa Consultative Forum, ACF, have extolled the virtues of former President of the Court of Appeal, Justice Mamman Nasir, who died at the age of 90.

Late Justice Nasir was a member of the ACF Board of Trustees (BoT) and former Minister of Justice and Attorney General of Northern Nigeria before he later became the President of the Federal Court of Appeal.

ACF in a statement through its National Publicity Secretary, Alhaji Mohammad Ibrahim Biu, extolled the virtues of Justice Nasir, saying that the northern elder was an embodiment of hard work, diligence, selfless service and above all, loyal to the cause of nation-building.

“He was a great public servant who left an indelible mark, especially in the Judiciary. The late elder statesman was a man with great public intelligence and vision which he put to use in tireless support for the unity and stability of Nigeria.

“The late elder statesman would therefore be remembered for his commitment to national unity, peace, harmony through selfless service to his fatherland, and above all for his commitment to the sustenance of the legacy of the late Premier of Northern Nigeria, Sir Ahmadu Bello, Sardaunan Sokoto, to wit, honesty, selfless service, accountability and respect for constituted authority,” ACF said.

The statement said the Late Justice, “Was up to the time of his death an active Chairman of the Advisory Council of the Sir Ahmadu Bello Memorial Foundation and also member of the Board of Trustees of ACF.

“The North and indeed Nigeria has lost one of its finest elder statesman, a bridge builder and a leader who lived a simple and humble life.

“He needs no thumb stone to remind us of his legacies. Yet the best remembrance is for those he has left behind to live up what he stood for.

“ACF extends its condolences to Justice Nasir’s family, the Government and the good people of Katsina State and all Nigerians over the demise of Galadiman Katsina, Justice Nasir.”