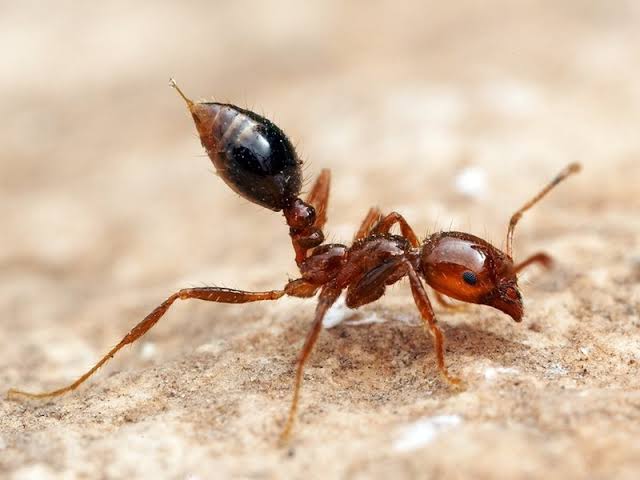 Two out of three pre-mature babies delivered at the Primary Health Centre (PHC) in Obubra Local Government Area of Cross River State have been allegedly eaten to death by ants.

DAILY POST findings revealed that the mother had a pre-term labour, this was after she fought with her neighbor in their compound.

An eyewitness, who gave her name as Antonia said, “When the babies were born, the Director General (DG) State Primary Health Care Development Agency, Dr Betta Edu was immediately contacted.

“The DG directed that the babies and the mother be immediately transferred to a facility that has incubator, unfortunately, the General Hospital there has no such facility, so they were referred to a private hospital in Ikom,” she said.

Disappointingly, the hospital said they have no generator, the DG ordered for a generator, provided fuel for the generator and the babies were kept in the incubator in the Hospital.

It was gathered that the monies being sent for the upkeep of the children were allegedly mismanaged by the father and also the babies were allegedly neglected by the hospital such that ants got into their incubator, which led to the death of two out of the three babies.

Speaking with our correspondent on phone on Monday evening, the DG said “The mother had a pre-term labour, this was after a fight with her neighbor, when the babies were born, I was called upon because it was a Primary Heath Centre and I said, management of pre-matured babies was beyond PHC.

“So, I immediately ordered for the referral of the babies and the mother to a facility that has incubator, unfortunately, the General Hospital there do not have incubator so they were referred to a private hospital in Ikom.

“I provided fuel; clothes and several items for the up keep of the babies and the mother. Gave the father of the triplet money in case the hospital needed money for consumables and directed my friends to pay money into the father’s account and that was done by some of my friends.

“The reasons for the donation were to ensure that whenever money is required by the hospital, the father will provide. If it were to be government hospital, I know who I would have given the money, even though we were paying the hospital, we make money available.”

The money for wife’s food, according to the DG was also provided but the father of the children refused to release even N1, he held on to the money. “I kept sending my PHC coordinator to go and check and she will call me and said the wife was not giving food, the situation went on and on.

“The hospital asked him for money but he was not providing and so they left him and that was why I said the negligence comes in, at worse, the hospital should have called me or reach out to my PHC coordinator to say look we asked the father for A, B, C but he did not give.

“They did not do that so when we heard that ant stung one of them, I send my PHC coordinator there, she didn’t find the ants in the incubator, however, there was mark on one of them that an ant had stung, the mark was there and the place was red and it may not be ant, it may be mosquito or any other thing but there was no physical ant in the incubator.

“However, a day after, one of the babies died in the night and the next one died in the early hours of the following day. The babies were seven months old.

“The general expenditure from me was over N200, 000, and I directed my friends to pay to the account of the father, at least the people I know have made donation amounting to over N150, 000.

“As it is now, we have set up a investigative panel to look into the alleged negligence, if it is established that there was negligence in the part of the hospital, we will shut down the place and withdraw the practicing license and for the father, we are contacting human right activist so that they can give us right advice and legal backing.”