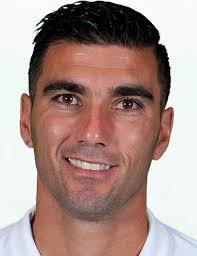 Arsenal legend, Thierry Henry, has led the paying of tributes following the death of his former team-mate, Jose Antonio Reyes on Saturday morning.

Sevilla, Reyes’ hometown club, confirmed the Spaniard had died in a car crash. He was 35 years old.

Reyes was part of Arsenal’s ‘Invincibles’ squad that won the 2004 Premier League title without suffering defeat.

The former Spain international also played for Real Madrid, Atletico Madrid and Benfica during his career, as well as winning 21 caps for Spain.

“I wish his family and friends continued strength and courage to get through this difficult time. #takenfartoosoon”.

Another Arsenal legend, Freddie Ljungberg tweeted, “Numbed by the news about my former team-mate, Jose Antonio Reyes. Gone far too soon, my thoughts are with his family and friends.”

Arsenal football club tweeted, “Everyone at Arsenal is devastated by the shocking news that our former player Jose Antonio Reyes has died in a traffic collision in Spain. Rest in peace, Jose.”

Real Madrid captain, Sergio Ramos, who played alongside Reyes at both domestic and international level, tweeted, “Broken. Destroyed. I do not have words All the love to the family. We will always remember you, friend! DEP brother.”