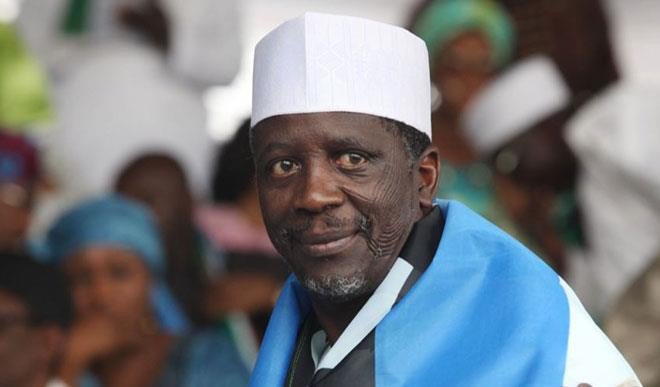 Ex-governor of Sokoto state, Attahiru Dalhatu Bafarawa has accused the All Progressives Congress (APC) gubernatorial candidate, Ahmed Aliyu Sokoto, of not honouring a peace meeting summoned by Sultan Muhammad Sa’ad based on the instruction of Senator Aliyu Wamakko.

According to Bafarawa, the revered monarch organised to meet with all candidates and chieftains of political parties with a view to advising them to ensure peaceful political rallies and conduct of elections but the APC contingents snubbed the meeting.

“I recall the Sultan called for a peace meeting to ensure violent- free polls in the state. The reason was that we are all indigenes and should be up to the task of achieving peace.

“But to our dismay, the absence of the APC gubernatorial candidate only portrayed that he is working on the instructions of his boss (Wamakko).”

Bafarawa noted that the state needed peace not violence.

He pointed out that “everything has time. My time and Wamakko’s had passed and we ought to know that. So, we need to come together to build the state.”

He assured the people of Wamakko town that Tambuwal’s government was set to bring succour to all in the state.

“He (Tambuwal) will do better the way I did in my days as governor.”

He commended Tambuwal for the relative peace enjoyed in the state, noting the ban on youths bearing arms during political rallies was commendable.

“Tambuwal will prioritise peace, security, employment and infrastructural development of the state,” he assured.