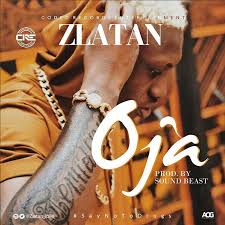 Zlatan Ibile is out with a new monster hit and this one, this time is called “Oja”.

The talented Coded Records Entertainment act shot to fame with the release of his Olamide assisted hit song “My Body”.

And with that joint still rocking the streets, Kapaichumarimarichopaco as he is sometimes referred to drops another one to follow up.

After a successful 2017, which saw him perform at a number of shows, he drops this one as his first record for the year.

He pays respect to other street kings and princes ahead of him in the pecking order on this song, a list which includes Olamide and Reminisce.

The song was produced by Sound Beast.

Cop the song below, enjoy and do not hesitate to let us know what your thoughts on it are in the comment section.