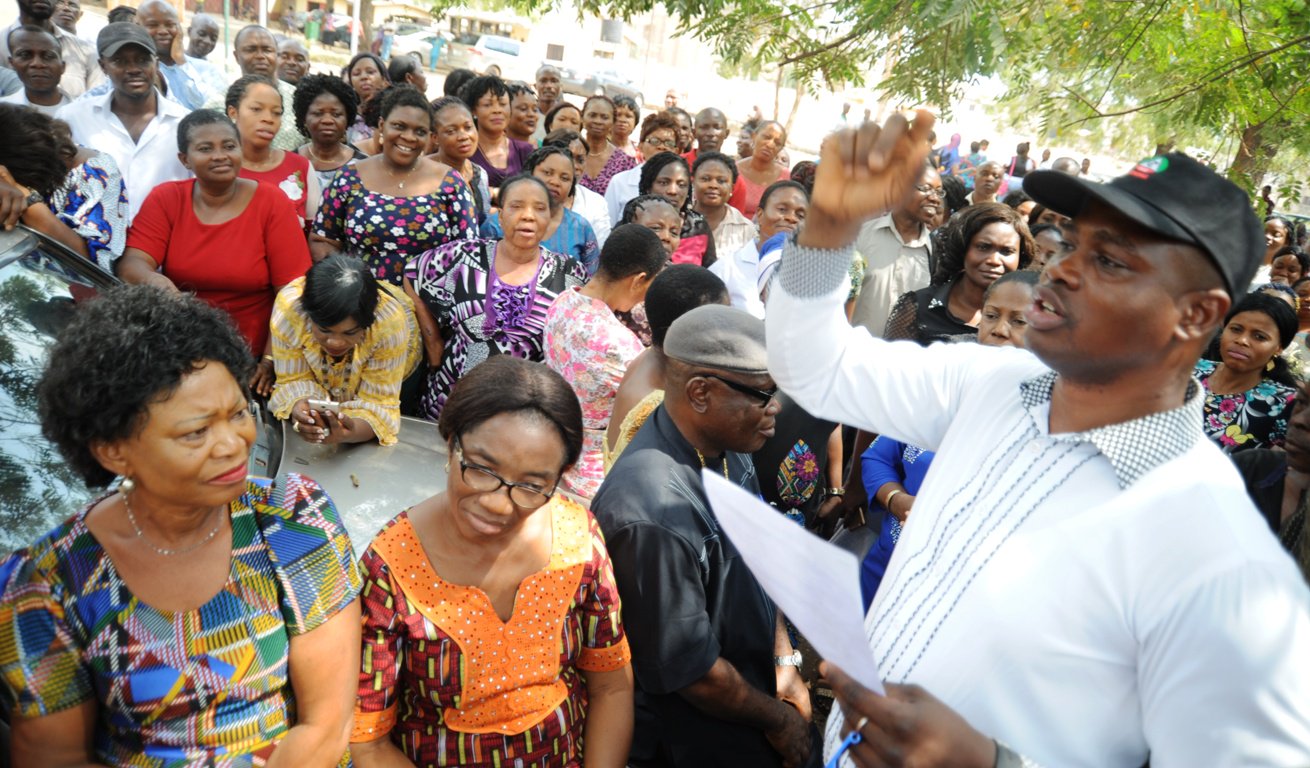 The Federal Neuropsychiatric Hospital, Enugu, has been shut down by workers.

This is following the expiration of different ultimatum issued to the Managing Director, Dr. Jojo Onwukwe by the Joint Health Sector Union, JOHESU, and other workers’ union in the Federal government-owned hospital.

Arising from an emergency congress on Thursday, the workers declared indefinite strike over non-payment of their salary and other arrears.

The strike, according to the workers, resumed by 12 midnight, early Friday, and will be total.

Addressing the workers at a protest rally where the industrial action was announced, Mr. Ben Asogwa, Chairman, Nigeria Union of Allied Health Professionals and Secretary Trade Union Congress, TUC, Enugu State Chapter, said they had exhausted all avenues for dialogue to no avail.

He said with effect from 12 midnight today, the workers would have no choice than down tools pending when all their salary arrears were paid to the last kobo.

This followed alleged refusal of Onwukwe to accede to the request of the workers despite the requisite notices given to him.

The workers, under the Joint Health Sector Union, JOHESU, had earlier issued a 21-day ultimatum to the management of the hospital over a litany of issues.

This was followed by another 7-day ultimatum, which also expired.

The ultimatum was followed by another one by the University Graduates of Nursing Science Association, UGONSA, signed by its president, Chief S.E.O Egwuenu and the secretary, Nurse Goodluck Nshi.

The group alleged that there was escalating rascality, highhandedness, corruption and abuse of civil service rules by the medical director.

According to the group, “the current situation in the hospital if not checked will result in a breach of peace and a breakdown of law and order.”

Meanwhile, further enquiries by DAILY POST showed that most of the workers were no longer comfortable with Onwukwe’s leadership.

Apart from the issues of salary, the workers are accusing him of victimizing so many of them for various reasons.

The recent of such cases was that of the Principal and the Vice Principal of the School of Post Basic Psychiatric Nursing, in the Hospital, who he purportedly suspended over allegations of not issuing students with licences, a move already declared null and void by the federal ministry of health.

The said suspension was seen as a ploy to divert attention from several weighty ‎issues in the hospital.

The duo are not alone, as the head of clinical services, Dr. Bakare faced similar suspension.

Investigations showed that the gale of suspensions, which have now torn the hospital apart is not unconnected with the criminal trial of the MD’s personal secretary, Mrs. Stella Achalla.

Achalla is standing trial before an Enugu State High Court over alleged job scam running into millions of naira.

Sources hinted that although over 60 victims of the said job scam reported the matter to the police, which led to Achalla’s arrest and the on-going trial, the MD feels that the matter was being instigated by some of the hospital workers.

Onwukwe was not on hand in the hospital when our correspondent made efforts on Thursday to obtain his reaction shortly after the protest rally.