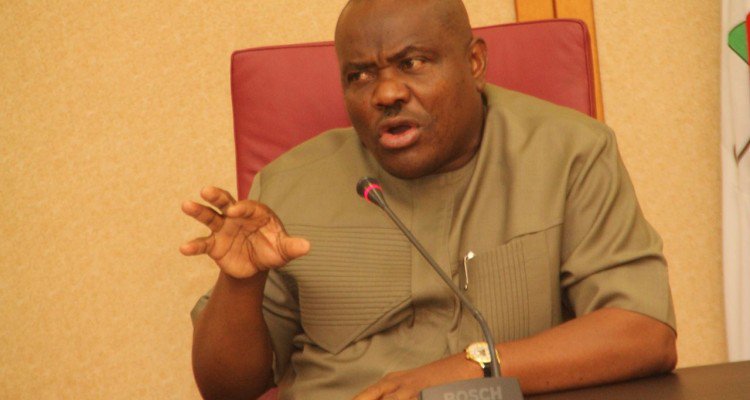 Wike claimed that INEC has concluded plans to print illegal gubernatorial ballot papers that will exclude certain newly registered political parties as a premise for the nullification of the elections of the three states.

The governor made the disclosure when he received a letter of nomination as “Independent Newspapers Political Icon of the Year 2017” and was contained in a statement signed and sent to DAILY POST by Simeon Nwakaudu, his Special Assistant on Electronic Media.

Wike said that credible intelligence available to his government indicates that the indiscriminate registration of new political parties by INEC is for this purpose.

He said: “All the the mass registration of new political parties is a deliberate plan by INEC to manipulate elections in three states.

“Rivers State, Akwa Ibom and Delta States have been earmarked for the printing of ballot papers where some newly registered political parties will be excluded as a ground for the nullification of the elections by the tribunal.

“After the nullification by the tribunal as planned, EFCC will be used by the APC Federal Government to arrest the three governors, so that they will not be around during the repeat elections ”

The governor said that the second strategy of the APC Federal Government was to use security agencies to unleash vicious violence on the day of the governorship elections in the three states to facilitate cancellation by INEC.

He noted that the entire struggle to hold the Presidential election ahead of other elections is one of the schemes at rigging the polls.

Governor Wike said that the APC Federal Government has performed woefully, hence they have nothing on ground to campaign with, except to use INEC and Security Agencies to rig.

“APC is not a political party in the true sense of the word. It is a congregation of people who did not want Former President Goodluck Jonathan to continue in office for personal reasons.

“The fight against Jonathan was not in the interest of Nigeria. They have realised their mistakes, but they lack the courage to apologise because of their ego. If you move around, you will see that things are bad “, Governor Wike said.

The governor urged journalists to take up the responsibility of explaining to Nigerians the need to elect a credible Federal Government in 2019.

Earlier, the Managing Director of Independent Newspaper, Mr Ade Adigun said that the newspaper nominated the governor as the Political Icon of the Year 2017 because of his commitment to the development of true democracy.

He commended him for his contributions to the revival of PDP as a viable opposition in the country.