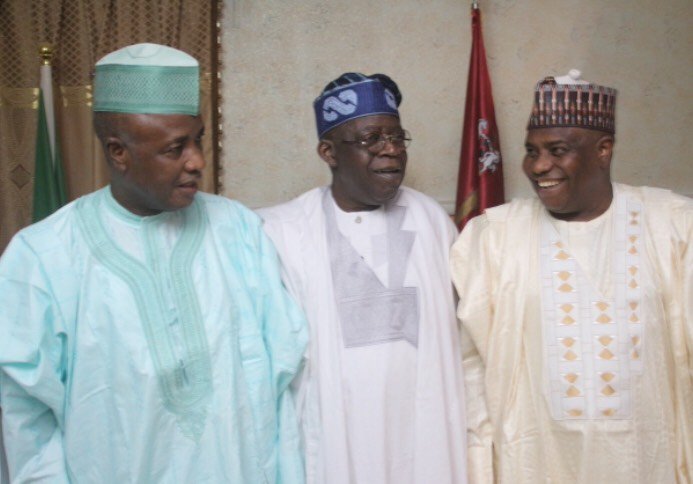 He also met with his predecessor, Senator Aliyu Magatakarda Wamakko.

Tinubu, accompanied by APC chieftain Alhaji idi Farouk, held a two-hour closed door meeting with his hosts at both the Government House and at Senator Wamakko’s residence in Gawun Nama Area of the state capital.

Speaking briefly to reporters after the meeting, Tinubu said he was in Sokoto for a family meeting.

“Family members meet regularly to talk to each other and I’m here for that purpose”.

Tinubu is leading the President Muhammadu Buhari committee on consultation, reconciliation and confidence building meant to improve unity within the APC.