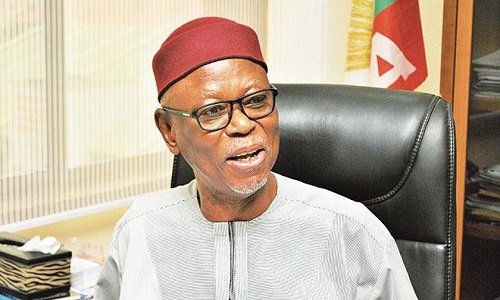 National Chairman of the All Progressives Congress (APC), John Odigie-Oyegun, says the party has an enormous task before it.

He said this on Wednesday when APC national leader, Bola Tinubu, visited him at the party secretariat in Abuja.

Oyegun admitted that there were challenges in some of the party’s chapters and even in its National Assembly caucus.

“We will make your assignment the most successful one; you are welcome.

“I know you are here to brief us and tell us how you want to proceed and how we can fit into the picture and the way we will take it up”.

Earlier, Tinubu said he would seek opinion and advice on various complaints in some of the states to reconcile aggrieved members.

The former Lagos governor added that he would move the party in a cohesive manner and reposition it, while re-building the confidence of members.