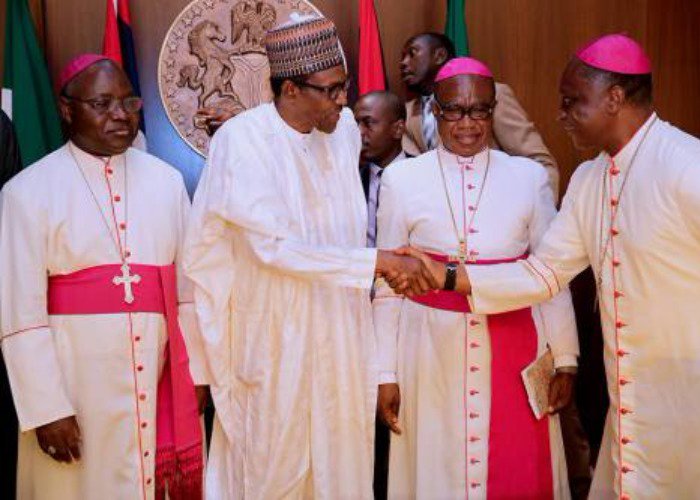 President Muhammadu Buhari, on Thursday, said it was unfair for people to continue to create the impression that he is not doing anything about the ongoing clashes between farmers and herdsmen in Benue, Adamawa, Taraba states and other parts of the country.

According to a statement by his Special Adviser on Media and Publicity, Mr. Femi Adesina, the President spoke while receiving a delegation of the Catholic Bishops Conference of Nigeria led by Archbishop Ignatius Kaigama at the Presidential Villa, Abuja on Thursday.

Buhari said because he was aware of the enormity of the problems, he was doing his best to get law enforcement agencies to be on the alert.

While condemning the killings, the President said security operatives would ensure prosecution of perpetrators and all those found with illegal arms in the affected areas.

He said, “The impression created that I was sitting in an air-conditioned office and home, enjoying myself while these things happened, is dishonest.

“At every step, I have tried to foresee these problems because I have the experience as a former military officer who commanded three out of the four divisions of the Nigerian Army in Lagos, Ibadan and Jos.

“I am quite aware of the problems we have and I am doing my best to get law enforcement agencies to be on alert.”

The President explained that the cattle colonies policy proposed by the Federal Government in response to the frequent clashes between herdsmen and farmers in the country is not meant to colonise any part of the country.