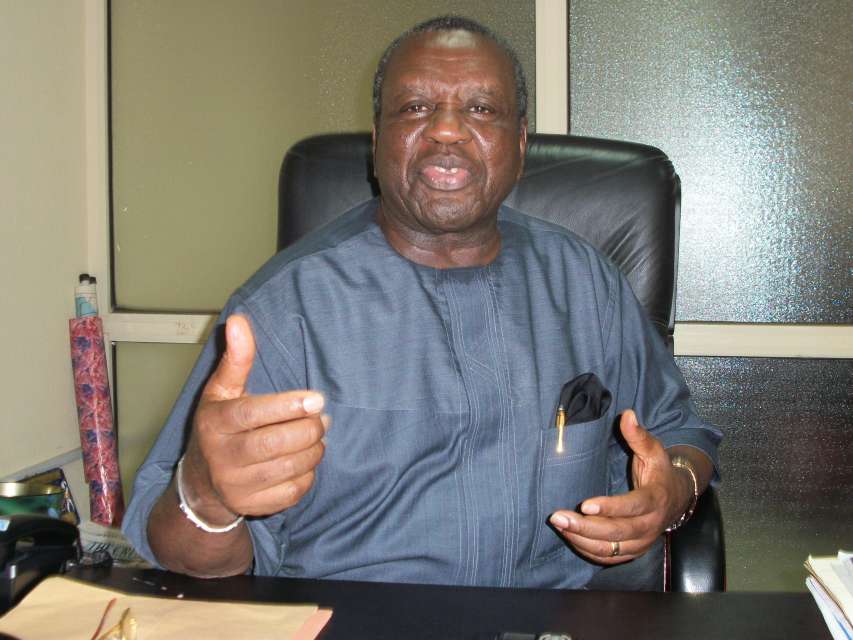 Obong Victor Attah, a former governor of Akwa Ibom state, has spoken on the feud between ex-Governor Godswill Akpabio and the incumbent, Udom Emmanuel.

Akpabio, now a Senator, had threatened to withdraw support for Emmanuel for allegedly neglecting projects in his constituency.

Attah, who lamented quarrels between governors and their successors, added that Akwa Ibom was divided along different lines.

“I was quiet astonished because even if it is true that Udom Emmanuel has neglected or failed to complete some of Akpabio’s projects, I did not think that Akpabio would be the one to complain about a successor not completing the predecessor’s projects because of what happened during his tenure”, he told Vanguard.

“I want to rise completely above all of that and express my worry over what I see happening today in Rivers and even in Kano State. As an elder statesman and a leader, I want to do everything I possibly can to see that nobody brings that sort of situation into Akwa Ibom.

“When I was in government, I did everything within my power to put Akwa Ibom together; to make sure that we were cohesive, we acted as a people, that we had a common purpose, which formed the agenda of my developmental programmes.

“But today, Akwa Ibom is so fragmented; so divided- ethnic groups, cult groups, personality groups and so on. So, the first major thing that we must do, and I have taken it as a task, is to put Akwa Ibom back together so that we can develop that bond of unity, cohesion, and brotherhood that we know is the only thing that can help the state to grow and move forward.

“What I admire about Lagos is the fact that one governor comes, continues with what was started, and that is why Lagos is making the kind of progress that we are witnessing. I will be the first to admit that nobody should feel obliged to throw good money after bad projects.

“If somebody deviated and indulged himself in outrageous projects, I do not see why an incoming governor should feel obliged to continue with whatever had been wrongly done. But for a successor to deliberately destroy and turn his back on what was there, that too is wrong and does not serve the purpose of good governance.

“But all of these, in the end, depend on the people. If a governor knows that he is there courtesy of the will of the people, does it matter if one person threatens to withdraw support or whatever? It does not matter. Let me tell you a story. In 2010, there was a meeting between me, Godswill Akpabio and two other people.

“I do not have to mention their names. It was a long meeting which started from 10 am and lasted till 6pm, and we did not even break for lunch. After all the rigmarole, Akpabio asked me whether I would support him for a second term and my position was that the question was not properly framed.

“I said to Akpabio that what I felt he should have asked me was whether I was happy with what was going on in Akwa Ibom; with the way Akwa Ibom was being administered or developed and whether I would like that to continue for another four years.

“And I said to him that my answer would decidedly be no, but on the other hand, if there was a promise, an indication that things were going to change, then why not? So, this personalization of issues…of course from what I have said, you can see that I did not support Akpabio for a second term, but that did not stop him from going on to win the election in the manner that he did.