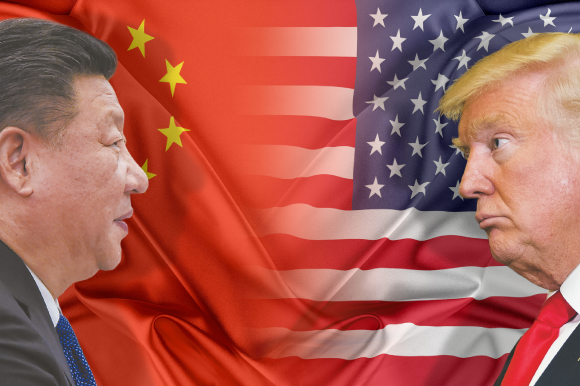 U.S President, Donald Trump, has heightened the trade war rhetoric with China on Thursday, saying he was considering to ‘slap’ the U.S. trade rival with another 100 billion dollars in tariffs.

“In light of China’s unfair retaliation, I have instructed the U.S Trade Representative to consider whether 100 billion dollars of additional tariffs would be appropriate,” Trump said in a statement.

The trade war between the two largest economies started after Trump imposed tariffs on Chinese steel and aluminium, which also prompted a response from China.

The U.S. had also announced new tariffs on 50 billion dollars worth of Chinese goods, claiming that China was stealing U.S. intellectual property.

In retaliation, China responded within hours by announcing 50 billion dollars worth of tariffs on U.S goods.

The Chinese government said earlier in the week that it would respond with equal measure to any new duties on its goods by the U.S.

A Chinese Foreign Ministry Spokesperson told the media in Beijing: “We have been saying that China wouldn’t start a trade war.

“But we are not afraid of it, and we will resolutely fight to the end if someone insists on a war.”

The U.S. has threatened to levy import taxes on more than 1,300 Chinese products, including televisions, dishwashers and printers.

In response, China has vowed to target key U.S. exports, including soybeans.

“Rather than remedy its misconduct, China has chosen to harm our farmers and manufacturers,” Trump’s statement said.

Trump disclosed that he had instructed the U.S. Trade Representative (USTR) Robert Lighthizer to “identify the products upon which to impose” the additional tariffs he suggested.

Lighthizer said: “China has chosen to respond thus far with threats to impose unjustified tariffs on billions of dollars in U.S. exports, including our agricultural products.

“Such measures would undoubtedly cause further harm to American workers, farmers, and businesses.

“Under these circumstances, the President is right to ask for additional appropriate action to obtain the elimination of the unfair acts, policies, and practices identified in USTR’s report.”