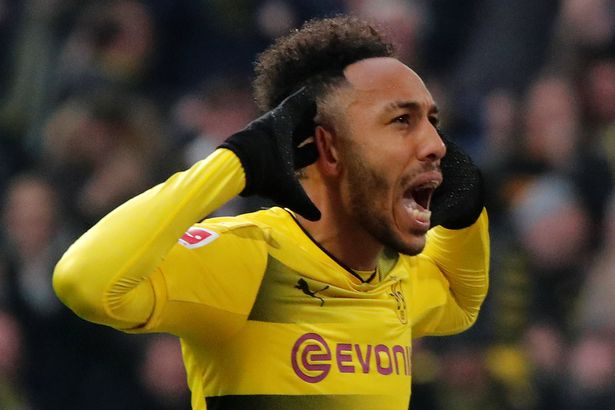 Arsenal are close to signing Pierre-Emerick Aubameyang from Borussia Dortmund, after over two weeks of negotiations.

The Gunners have had two £45m and £50m bids rejected by Dortmund, but have finally reached an agreement on an initial £55m fee with £5m in potential add-on

Aubameyang will now becomes the club’s record signing, as well as the highest-paid player in their history.

Henrikh Mkhitaryan is currently the best-paid player at the Emirates, having signed a £ 170,000-a-week contract, when he moved from Manchester United last week.

Aubameyang is also expected to take the no. 14 shirt vacated by Theo Walcott and previously worn by Thierry Henry.