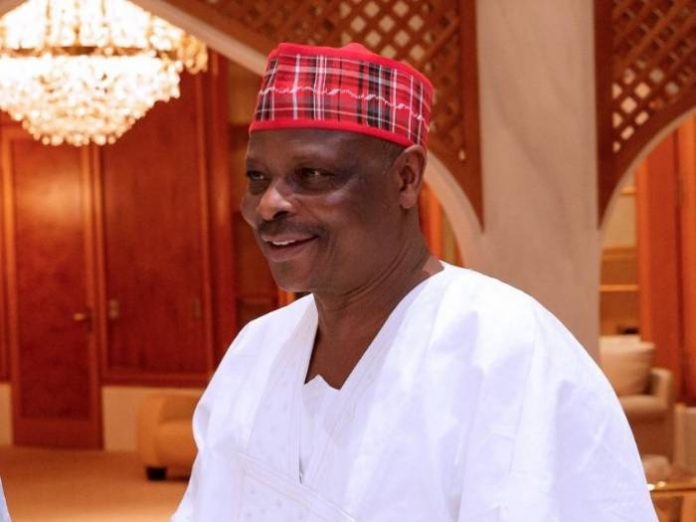 The immediate past governor of Kano State, Rabiu Kwankwaso, has explained that he deliberately avoided the APC national convention held on Saturday and Sunday to avoid breakdown of law and order.

Mr. Kwankwaso said he and his supporters intended to attend the convention but did not due to the APC leadership of John Odigie-Oyegun refusing to recognise the congresses that favoured his loyalists at the state, local government and wards in Kano.

The senator gave his stance in a statement sent to newsmen, which he also circulated on his Twitter handle.

“I wish to inform the leadership of the party and the general public that we had wanted to be part of the National Convention but regrettably all the congresses that we conducted at the wards, Local Government Councils and at the State level were not recognized by the outgoing National Executive Council of the party.

“Therefore, I felt that presenting ourselves at such an important event will not be in the overall interest of the entire convention that is assuming we are allowed access into the convention ground.

“Because there are high chances that our presence could create embarrassments and a lot of friction similar or even worse than what occurred in the pavilions of delegations from Imo and Delta States during yesterday’s convention. However, as the new EXCO settles to start the efforts of uniting the party we wish you the very best,” he said.

The senator congratulated the newly elected national chairman of the APC, Adams Oshiomole, and others who emerged leaders of the party.

Mr Kwankwaso has been locked in a fierce political confrontation with the current Kano governor, Umar Ganduje. Over the past two years, several attacks and reprisal attacks between the supporters of the two politicians have been reported.

Both men are members of the APC and the incumbent was Mr Kwankwaso’s deputy when the senator was governor of the state, the most populous in Northern Nigeria.

However, after the ward and state congresses of the party, the APC headquarters recognised the Kano APC loyal to the governor.

Mr Kwankwaso is a member of the nPDP, a faction within the APC that has alleged marginalisation. Many of them, including Senate President Bukola Saraki, have pledged loyalty to the APC in the past; but some are expected to leave the ruling party in the build up to the 2019 elections.

On Saturday, rather than attend the APC convention, Mr Kwankwaso visited former Vice President Atiku Abubakar, a chieftain of the PDP and presidential aspirant, at his Asokoro, Abuja residence.

Mr Kwankwaso is also believed to nurse a presidential ambition, although he is yet to formally declare.