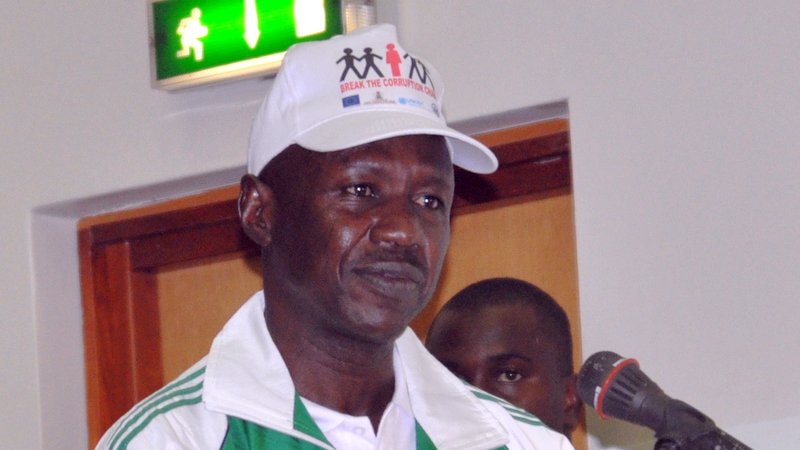 Senate Spokesman, Sabi Abdullahi has said, no nominee from the presidency would be confirmed by the Senate as long as Economic and Financial Crimes Commission, EFCC, acting Chairman, Ibrahim Magu remains in office.

Briefing Senate Press Corps on Thursday, he said, Senate’s rejection of Magu had been strengthened by a court judgement which affirmed the powers of Senate in confirmation of Presidential nominees.

The Court judgement documents made available to journalists showed that, a private citizen, Mr. Oluwatosin Ojaomo in a 20 paragraph affidavit sought a declaratory order of the court to determine if the Senate had powers to confirm Mr. Ibrahim Magu as Chairman of the EFCC.

The plaintiff (Ojaomo)’s move was at the instance of Vice President, Prof. Yemi Osibanjo’s earlier statement that Magu’s confirmation might not need to pass through the Senate.

Osibanjo, a professor of Law drew inspiration from Femi Falana (SAN)’s position that Ibrahim Magu needed not to go through Senate if Mr. President has decided to appoint him. He cited provisions of the Constitution, 1999 as amended to substantiate his point.

In the suit, Hon. Justice J.T. Tsoho relied heavily on statutory provisions of EFCC Act in section 2(3) which states inter alia: “the Chairman and members of the Commission other ex-officio members shall be appointed by the President and the appointment shall be be subject to confirmation of the Senate.”

“Accordingly, the import of section 2(3) of the EFCC Act is that the appointment of a Chairman made by the President is dependent on confirmation by the Senate”, the document indicated.

Senate’s rejection of Magu was due to a security report from the Department of State Security Services indicting him for corruption.

The EFCC acting Chairman was rejected twice, first in December, 2016 and March, 2017. He was invited to face Senate Committee of the whole, rather than facing standing Committee on EFCC and Anti-corruption headed by Senator Chukwuka Utazi (PDP) representing Enugu North Senatorial district.

The development was interpreted by political analysts as being predetermined for a rejection.

Sabi insisted that the removal of Magu will be the sole condition for confirmation of other nominees from the presidency, adding that there were enough people in the country that could serve in his capacity.

“Nigerians are well over 180 million and when Magu is removed, others would fill his position and this is how the hierarchy of government agency is structured”, he insisted.