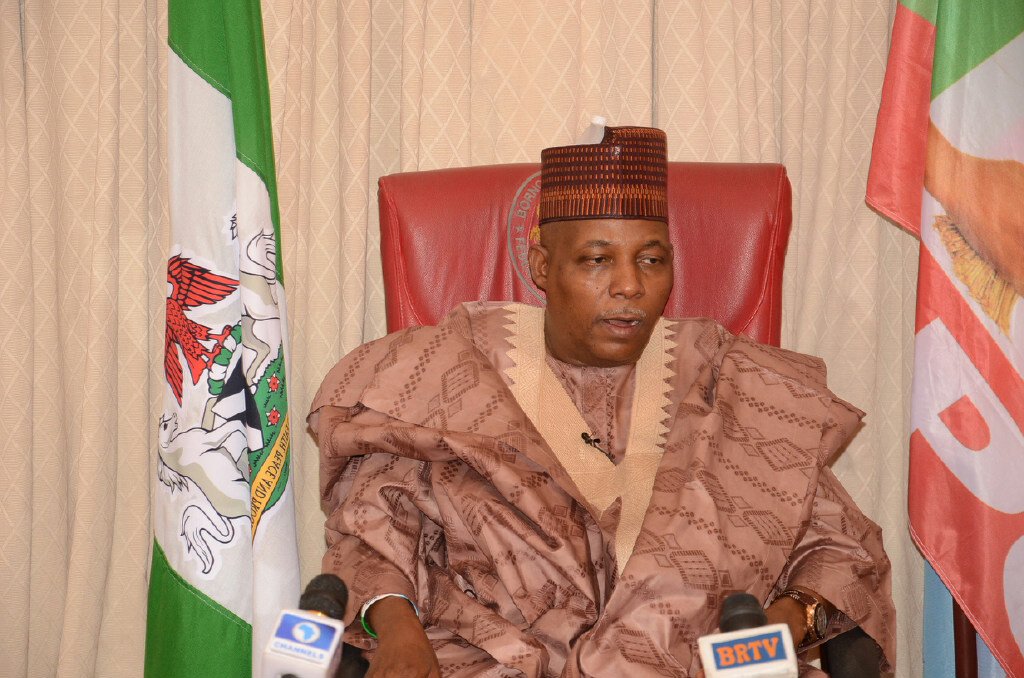 Nigerians are often fascinated by the remarks of Borno State Governor, Kashim Shettima. I have been his student of political philosophy, which centers around truth, justice and honesty of purpose, even at the cost of personal endearment. His comments may not always be palatable to the authorities, but the youthful Governor, who is always passionate and emotional about the welfare of his citizens is never known to hold back the truth, nor veil the mood of his people.

My people use to say that, the man who tells you that your mouth stinks, if it is true, is a genuine friend, but the one who takes away his face without letting you know that you are polluting his breath is a hypocrite. Kashim Shettima is the type that can tell you the stench in your breath is suffocating. It is left for you to either go and wash your mouth or allow hypocrites to take away their faces from you whenever you speak.

I recall in 2013, when the same Governor Kashim Shettima looked the authorities in the eyes and told them the brutal truth about the limitations of the Military to confront Boko Haram, the Military were happier. They may not have mentioned it, but the truth remains that Shettima’s comments, painful as it was to the Government , facilitated the timely release of funds for their operations.

One cannot help appreciating his emotional outpouring whenever issues that affect his people, especially their tribulations under the Boko Haram insurgency are being discussed. As the principal victim by virtue of his position as the number one citizen of Borno State, it will sound uncharitable for anybody to try add meanings to his comments at the Special Town Hall Meeting in Maiduguri recently.

In the first place, such recognitions, as the Governor did, was the principal motive for the meeting. The same people who are unduly worried would have been the same to accuse him as being an in grate if he fails to appreciate what others have done in salvaging his state. I was thus surprised when I read in the media that some people were not comfortable with Shettima’s remarks and consequent recognition of certain individuals for their outstanding contributions to the liberation of his people from the Boko Haram insurgency.

I have paraphrased his speech and could not see anything untoward in his recent remarks during the Special Town Hall meeting, held in Maiduguri the Borno State capital. Shettima’s remarks, which was greeted with thunderous ovations were intended to serve as motivation to others, much more than it was intended to embarrass anybody in particular. As a participant myself, what I saw and heard did not give me any cause to feel that the Governor, did deliberately slight other officers involved in the operations as having been found wanting, rather, he was merely appreciating the sense of nationalism exhibited by some officers, who despite being from other zones of the country put in their best.

It is needless to emphasize that Governor Kashim Shettima does not enjoy the luxury of playing politics with the Boko Haram issue. He cannot afford to play to the gallery either, by trying please people just for the sake of belonging. I expected him to be commended for being bold in to mention people by name and publicly appreciating them on behalf of the Government and people of Borno state. Those who expected him to message their ego, may have to look somewhere else. To those of us who have been the victims, Shettima spoke our minds and reflected our mood.

In whichever way one interprets what Governor Kashim said at the meeting, Nigerians cannot be convinced otherwise that he chose the occasion to cast aspersion on the personality of officers of northern extraction. the first place, Governor Shettima did not choose to go behind those who felt agitated by his comments to pour encomiums on those re decided to recognize as having distinguished themselves in their lines of duty. Neither did he make any veiled reference to the effect that others not mentioned were less patriotic nor courageous, rather he tried to encourage those who may have taken sides, given that it does not directly affect their own kinsmen.

I recall that at a similar town hall meeting with former President Goodluck Jonathan, our people did not leave the hall as happy as they did last week. Agreed that it was intended to tell each other the truth however painful, Jonathan chose the occasion to insult the collective sensibilities of the People of Borno State by making a veiled reference to them as the architects of their own doom. We perceived Jonathan’s position to have been politically motivated. Now that we are meeting with our party men at the Federal level, one wonders what points they plan to score with the open castigation of the Governor.

The officers who served in Borno at whatever level can testify to the fact that Governor Kashim Shettima extends the highest courtesy to all manner of people, including junior officers, it is unlike him to suddenly change as those who criticize him want the world to believe. Permit me to conclude that, Governor Kashim Shettima may have ruffled the feathers of some people, with his open recognition and appreciation of some officers who distinguished themselves in the service of Borno State and its people. Those he did not have the time to acknowledge should take it that he cherishes their own contributions and there will be another day, time and place to recognize them. It should not open rooms for unnecessary agonizing or misinterpretation.

If I have my way, I will recommend the Governor for a higher responsibility when he leaves office in 2019. People like him have the potentials to be great statesmen. We should never sacrifice our hopes on the platter of egotism.