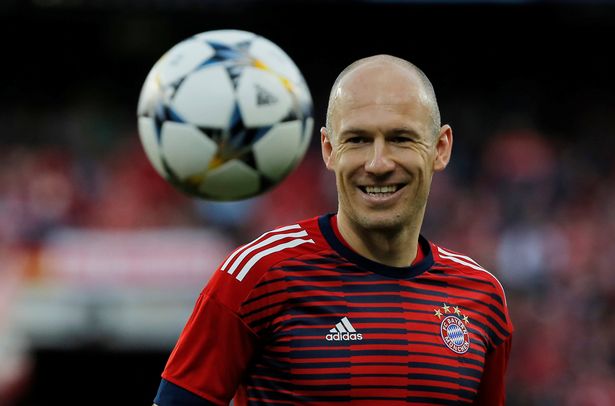 Arjen Robben has revealed why he moved to Chelsea instead of Manchester United, despite enjoying dinner with Sir Alex Ferguson.

Robben came close to leaving PSV Eindhoven for Old Trafford in 2004 and was given a tour of United’s Carrington training base, but an offer never materialised following the visit.

He joined Chelsea later that summer in a £12million deal, before moving on to Real Madrid and Bayern Munich, where he still plays.

“I had a very good conversation with him (Ferguson) over dinner in Manchester and we spoke about football and life.

“I also went and had a good look around the training ground and everything was good, but after I went back to PSV nothing happened.

“There was no real contact and the deal didn’t happen.

“PSV were also negotiating with Chelsea at that time, so maybe they offered PSV more money? I don’t really know.

“I spoke to Chelsea and I liked their plans.

“We had one meeting and everything was done pretty quickly.

“Had Manchester United offered me a deal straight after I met them, I would have signed there, but it didn’t happen and I have got no regrets,” Robben told FourFourTwo Magazine.