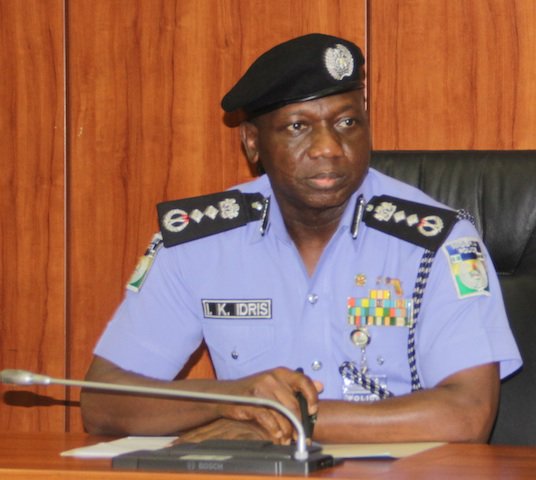 The Reformed All Progressives Congress (R-APC) has asked Acting President Yemi Osibanjo to sack Ibrahim Idris, the Inspector-General of police.

Kassim Afeguba, spokesman of the group, said this in a statement issued on Wednesday while reacting to the invasion of the national assembly by DSS operatives.

He described the act as a desperate action by the APC to unseat Senate President Bukola Saraki.

DAILY POST had reported that operatives of the Department of State Services, DSS, blocked the entrance to the National Assembly, preventing lawmakers from gaining access to the chamber.

This led to the dismissal of the Director-General of the Department of State Services, Lawal Daura.

Afegbua, reacting, noted that the siege on NASS had permanently left a gory scar on the country’s democracy.

According to him, the DSS had become more or less the armed wing of the APC.

“At what point did we descend to this level of unruly behaviour and sheer political hooliganism? At what point did we miss the compass that should ordinarily take us away from this Pharaoh era, where wickedness, primitiveness and prebendalism appear to be the only thematic focus of a privileged few, trying in their greed and self-aggrandizement, to perpetually ridicule our collective sufferance?

“We weep for our dear country. We shed tears of anguish and sorrow. We are pained by the gunpoint democracy that President Muhammadu Buhari has introduced to our body politic.

“We condemn the continued partisanship of the security agencies against the interest of Nigerians. We wish to insist that these categories of persons be denied visas or have their visas revoked on account of their anti-democratic conducts which have consistently threatened the very foundation of our fledgling democracy.

“This action of the APC against the senate president, and its desperate plot to unseat him has permanently left a gory scar on our democracy. APC has literally changed its name to All Political Coupists, or better still All Progressives Coupists.

“Conveying masked operatives of the DSS to the hallowed ground of the national assembly to subvert the will of the people against an arm of government is the most ridiculous conduct by trained secret service agents. In fact, the DSS has become more or less the armed wing of the APC.

“Let us for once instill some sanity in our democratic practices. Let us assume our role as the giant of Africa both in deeds and practice.”