Some group of ex-militants held a protest at East-West road, Delta State on Tuesday morning to push for the removal of Presidential Amnesty Adviser, Major Boroh (Rtd).

The East-West Road was blocked by the ex-militants as some were seen holding fliers, stating that ‘Boroh must go’.

The group are asking President Muhammadu Buhari to sack Boroh.

Recall that, ex-militants in the Niger Delta have accused some powerful Northerners of taking over the Presidential Amnesty Programme, PAP, by swapping names of ex-agitators captured in the programme with Hausa/Fulani names as benefactors at most of the training institutions. 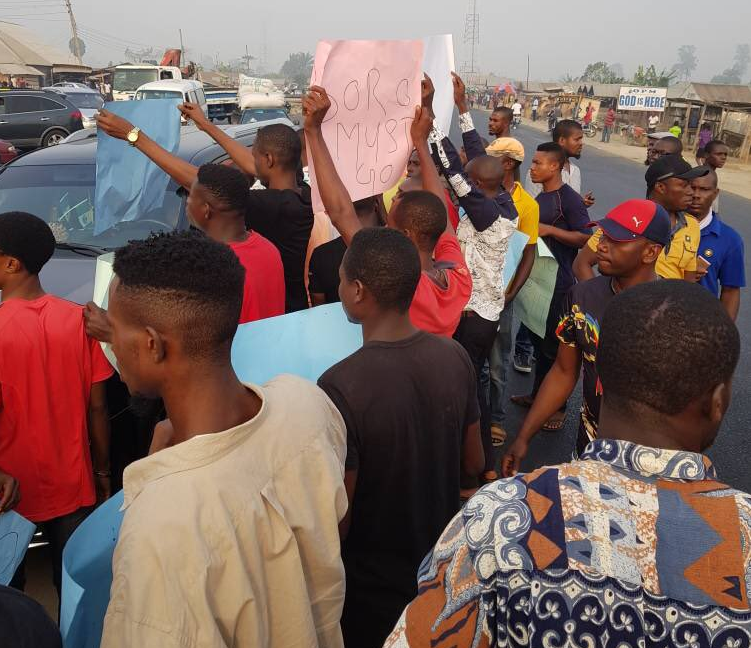 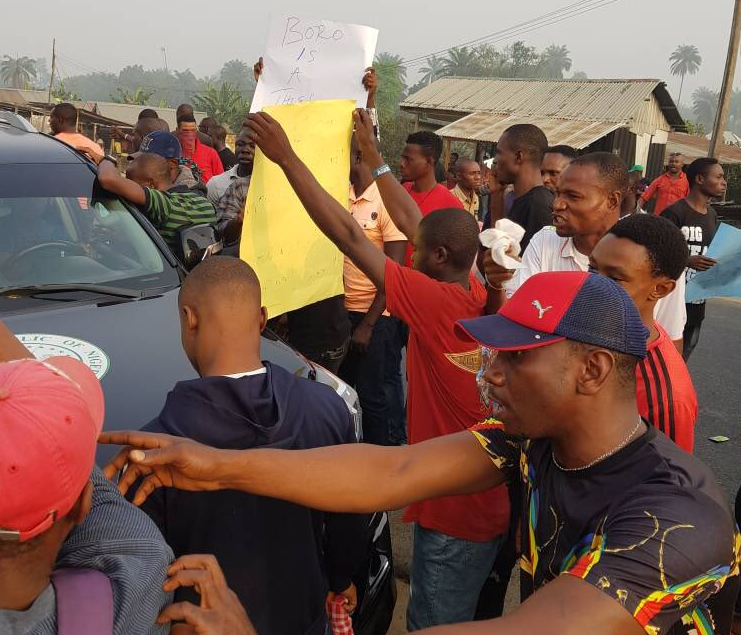 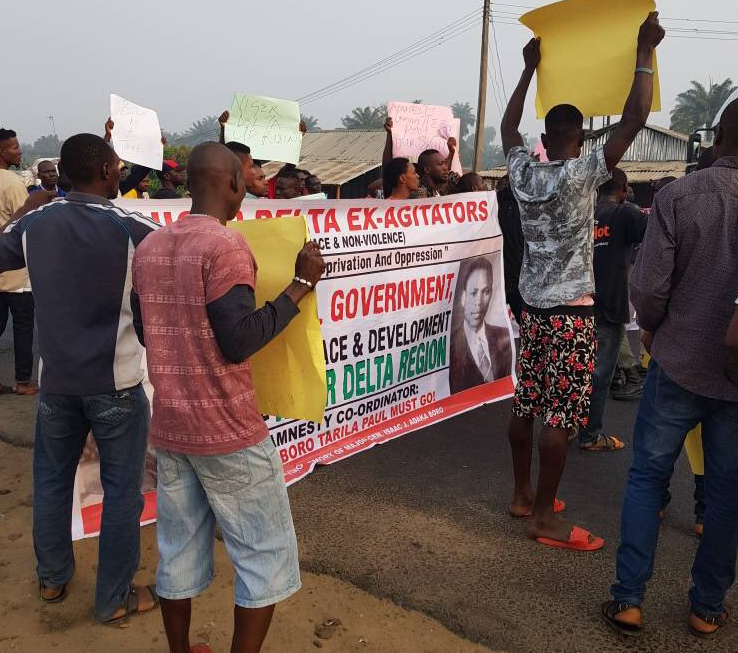 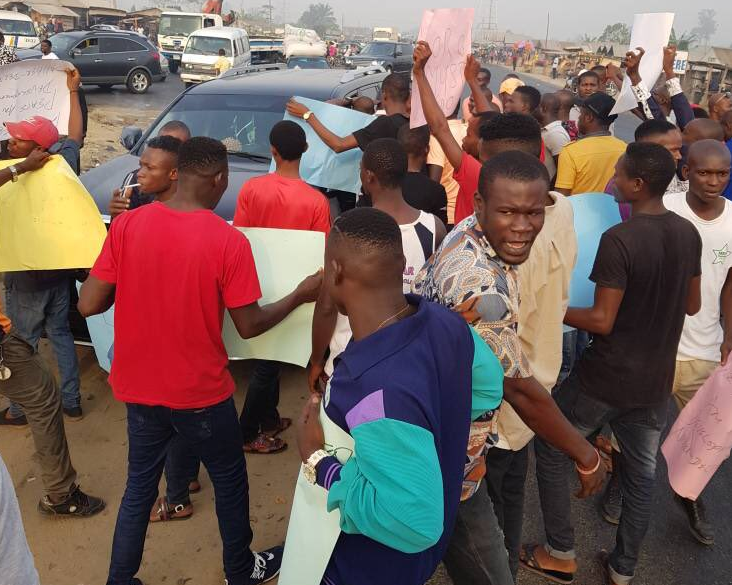