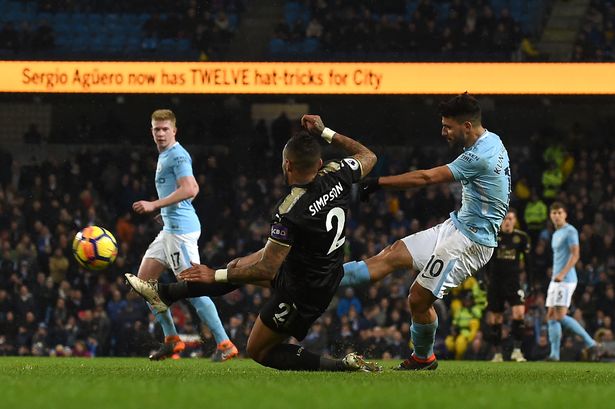 Manchester City have opened a 16-point gap at the top of the Premier League, following a resounding 5-1 win over Leicester City in Saturday’s late kick-off.

Raheem Sterling opened scoring for Pep Guardiola’s men in the 3rd minute, before Jamie Vardy levelled for the visitors.

Sergio Aguero scored two in quick succession at the start of the second half, before capitalising on a Kasper Schmeichel error to complete his hat-trick.

The Argentine striker then smashed home a wonder strike in stoppage time for his fourth.