The pregnant women who barricaded the gate of the state hospital alleged that there was an outrageous new medical bill at the hospital which is no longer bearable.

According to the expectant mothers, the hospital now charges N25,000 for delivery while Ceseran Session (CS) which was hitherto free before now cost N50,000.

According to some of the pregnant women who spoke with newsmen, other unjustified charges ranging from #500 to #4000 are being collected by the hospital officials on the order of the state government.

The Expectant mothers numbering about one hundred, are currently disrupting operations at Ante-natal section of the hospital.

It will be recalled that pregnant women and their children below 5 years enjoyed free medical services under Previous administration of Olusegun Mimiko in the state. 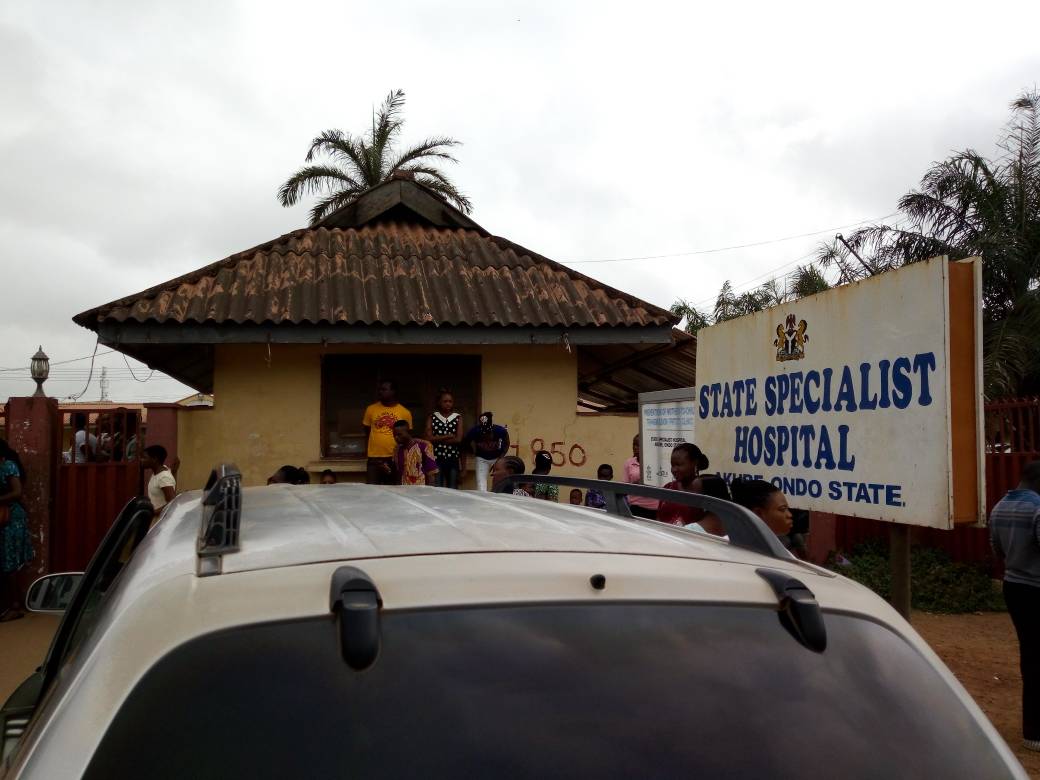