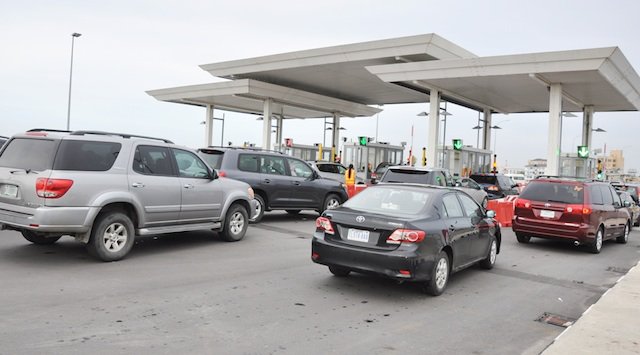 Men of the Lagos Police command on Friday stood at strategic points around Admiralty Circle Plaza and Lekki-Ikoyi link bridge to stop citizens and organizations under the aegis of Anti-Lekki Tolling Movement from protesting new toll rates.

The group had on Wednesday announced plan to march against the hike today.

Aside Lekki toll gate and Phase 1 roundabout, operatives were sighted at the Ikoyi link roundabout on Admiralty way, Marwa bus-stop (2nd roundabout) and the alternative routes in Oniru.

A statement sent to DAILY POST by Dotun Hassan, Esq, its Convener and Martin Lumba, Publicity Secretary, lamented that despite letter to the police for security surveillance and correction of the negative impression on the protest, the Lagos State Police Command was out to stop them.

“We wish to inform that the protest is aimed at engaging the government positively on the fundamentals and panaceas on the new excruciating regime of fares announced by the Lekki Concession Company (LCC) on 1st of February, 2018 precipitating our request for immediate reversal.

“We are not group of miscreants or jobless marauders ready to cause breach of peace in the state”, the said.

“We established our rules of engagement in all our publications and materials which is in consonance with the civic objective and constitution of the Federal Republic of Nigeria as earlier posited.”

This new rates were implemented February 1 by the LCC, managers of the road.