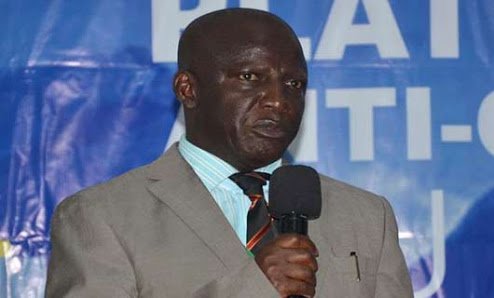 Dakwak had acted in that capacity since Sept. 2017 when the former Chief Judge, Justice Pius Damulak, retired from service.

Lalong, in a brief speech at the ceremony, reminded the officer of the crucial need to fight against corruption to rid the nation of the menace.

“All forms of maladministration and misappropriation of our commonwealth and corporate patrimony must be stopped through the instrumentality of the law.

“The judiciary is very crucial to restoring order in our society. With this appointment, your major task is to sanitise our nation and society to rid Nigeria of what is unlawful

“The judiciary has been under sustained public scrutiny lately because it represents the hope of the groaning masses. It must punish criminals, seek justice for those injured and enthrone respect for the rule of law,” he declared.

The governor urged Dakwak to heed the advice of the Chief Justice of Nigeria, Justice Walter Onnoghen, who has urged judicial officers to lead the fight against corruption.

Dakwak, in his remarks, appreciated the governor for confirming his appointment, and promised to adhere to his oath of office.