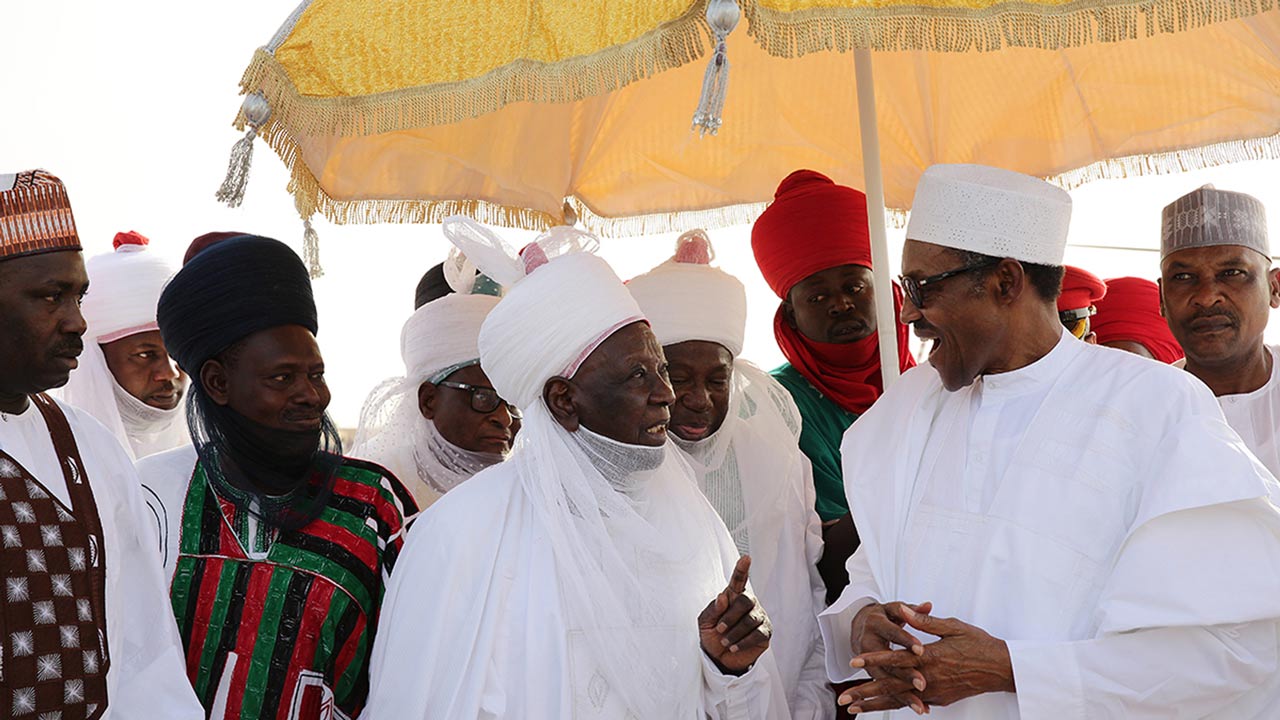 The Emir of Daura, Dr. Umar Faruq Umar has declared that the people from the hometown of President Muhammadu Buhari are hungry and not getting enough from the Federal Government.

Umar stated this when he received the Minister of Agriculture and Rural Development, Dr. Audu Ogbeh at his Daura palace, on Monday.

He also urged Ministers appointed by Buhari to reciprocate the gesture by coming to the aid of the people of his constituents through developmental projects and farm inputs.

The Emir noted that Buhari’s Ministers were not doing enough to assist his hometown, Daura with viable projects.

He said, “Buhari by his nature will not influence the siting of any projects in Daura. But his Ministers who benefitted from his appointment should reciprocate by bringing developmental projects to Daura, his birthplace.

“It is a call to duty for the Ministers to make provision in their Ministry’s budget of ensuring that Daura benefitted immensely from Buhari administration. “If the Ministers failed to site any projects to Daura, they have betrayed the President and people of Daura.

“Katsina has dams and irrigation sites like Sabke, Jibia, Zobe, Daberan, Mai Ruwa dams and if utilized and reciprocated has potentials of feeding the state and it’s neighbours.

“I urge you to go back, look inwards and search for what, how you can assist people of Daura. Daura is faced with the absence of projects for its development and its people are hungry and need federal government assistance.”