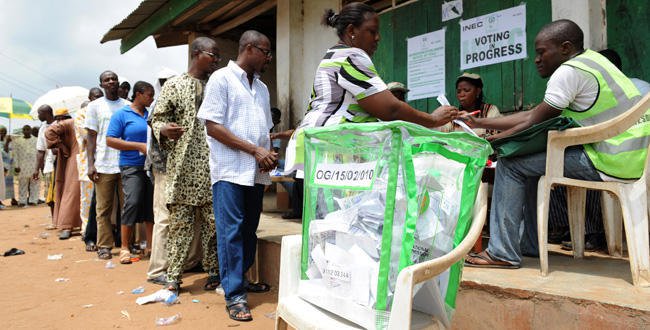 The Oyo State Independent Electoral Commission (OYSIEC), on Friday announced Saturday, May 12, 2018 as the date for the rescheduled election into the 33 Local Government Areas (LGAs) and 35 Local Council Development Areas (LCDAs) in the state.

Chairman of the commission, Mr. John Ajeigbe who announced this during a press conference in Ibadan, the state capital noted that the pronouncement was sequel to the lifting of a Federal High Court injunction on the conduct of the local government elections in the state.

OYSIEC’s chairman while assuring the people of the state of free, credible and acceptable election, cautioned journalists against misleading stories culpable at militating against the interest of the commission.

Ajeigbe said, ” Members of the press, distinguished ladies and gentlemen, I want to sincerrely appreciate all of you for your patience and patriotic acts during the period of our travails. Kindly recall that I invited all of you her on Thursday 19th January 2017 after which we rollled out our time table to conduct locals government elections in the 33 local government area and 35 local council development areas. However the elections oukd not hold as planned consequent upon Federal high court Abuja verdict on the order of injunction

“Ladies and gentlemen, I am happy to informed you that the injunction order has been lifted and God’s willing any time from now we will conduct the elections into 33 LGAs and 35 LCDAs as earlier scheduled.

“Ladies and gentlemen, distinguished gentlemen of the press I wish to share with you the rescheduled time table that God’s willing the local government elections into 33 LGAs and 35 LCDAs will now hold on Saturday 12th May 2018, details of which will be in national dailies tomorrow.

“A credible, free and fair election is possible under a peaceful and conclusive environment in which you pressmen has a greater role to play in this regard.

“You are all conscious of the fact that Oyo State is the central nerve of the political activities in the South Western part of Nigeria. I therefore want to appeal to the gentlemen of the pres to exercise caution such that information given to the good people of Oyo State will be balanced and unbiased.

“Concluding while assuring the good people of Oyo state of our commitment to be an impartial and unbiased umpire, I wish to appreciate all stakeholders for your patience, continuous cooperation, understanding and support.

“Furthermore, let me also appeal to the various stakeholders to work hard, be focused and play the rules to ensure a free, fair and credible elections come Saturday 12th May 2018 by the special Grace if Almighty God”.