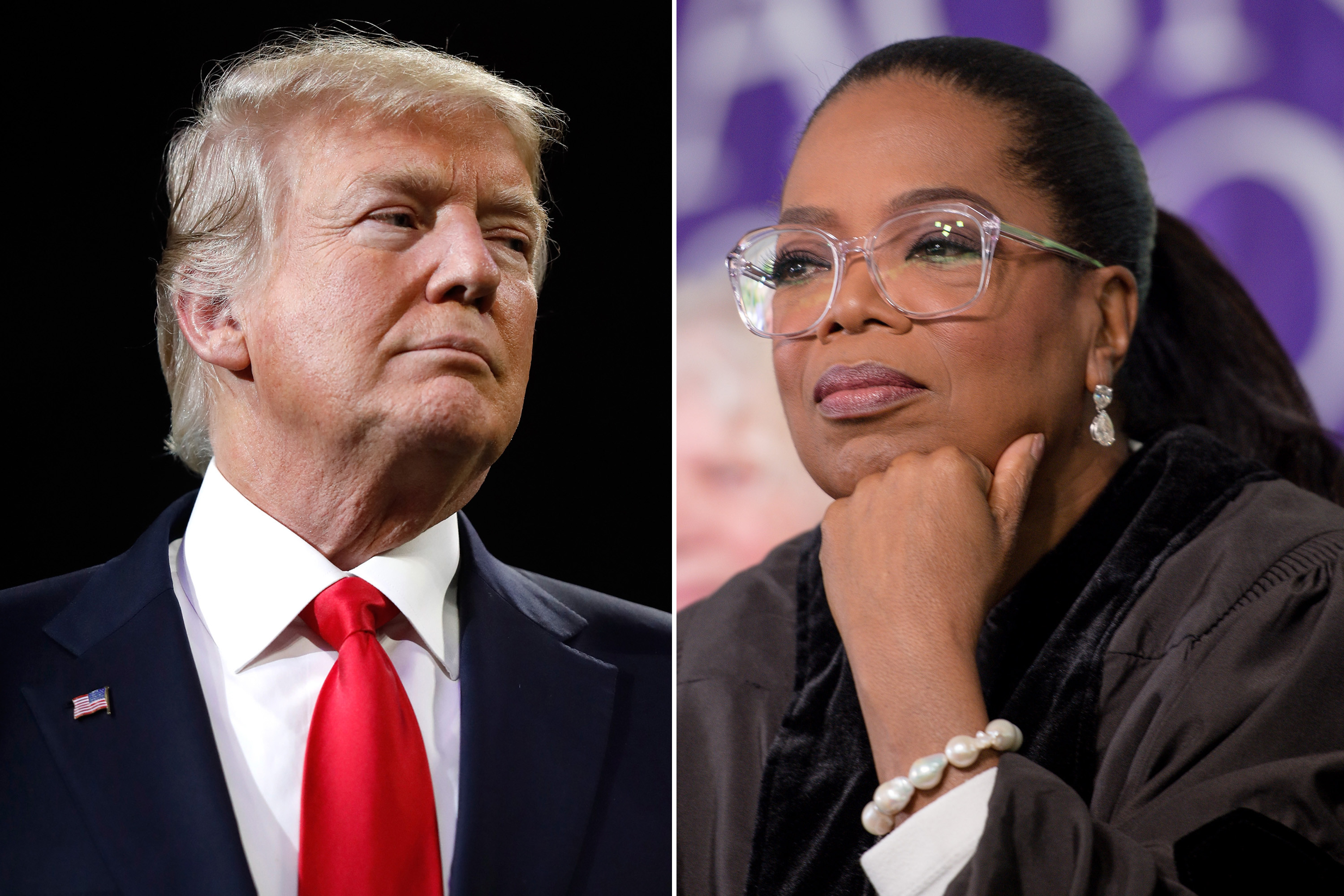 US President Donald Trump has advised media mogul Oprah Winfrey to face him as an opponent in the 2020 presidential race.

Trump said this on Twitter Sunday night in reaction to CBS’s 60 Minutes programme.

In the show, actress and television host Winfrey, led a panel of 14 Republican, Democrat and Independent voters from Grand Rapids, Michigan in a wide ranging discussion about Trump’s first year in office.

Reacting, Trump tweeted: “Just watched a very insecure Oprah Winfrey, who at one point I knew very well, interview a panel of people on 60 Minutes.

“The questions were biased and slanted, the facts incorrect.

“Hope Oprah runs so she can be exposed and defeated just like all of the others!”

Although Winfrey made no declarative statements for or against the president in the programme, she asked questions ranging from whether the country is better off economically under Trump to whether respect for US is eroding around the world.

Winfrey has told various media outlets that she is not running for president.