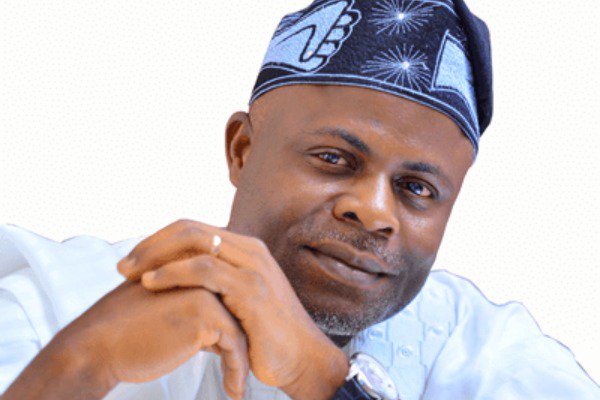 A member of the seventh House of Representatives and chieftain of the All Progressives Congress(APC), Hon Bamidele Faparusi, has hinted that the recent scathing letter written by former President Olusegun Obasanjo didn’t confer a verdict of failure on President Muhammadu Buhari.

Faparusi, a governorship aspirant in Ekiti State, added that Obasanjo has inalienable right to assess the present government as an elder statesman and that his observation on the happenings in the areas of economy and insecurity under this government didn’t connote that
Buhari has failed Nigerians.

On the July 14 governorship poll in the state, Faparusi hinted that the people of the southern senatorial district were already feeling shortchanged in the power rotation and determined to vote against any party that jettison zoning in the election.

Faparusi spoke in Ado Ekiti at the weekend while appearing on a programme tagged: ‘My Agenda’ organized by the Nigeria Union of journalists (NUJ), Ekiti Council.

“Ekiti has a lot of mountains and prayer centres. We can build them into a global standard as spiritual tourist centres like we have in
Israel and Saudi Arabia. The Ikogosi Warm Spring, Arinta Waterfall and the rolling Efon Hills are other tourist potentials I will harness to
make Ekiti the hub of economic growth in the southwest.”

He stated that Obasanjo committed no crime by his revelations, describing Buhari as a performer that has rebuilt the country’s image at the international scene.

“Whether Chief Obasanjo writes to commend or condemn, I give Buhari a
pass mark. He has rebuilt our image at the global level and every Nigerian now has respect of the people across the globe.

“Don’t forget that Nigeria now has $45b foreign reserve under Buhari which was just $25b under former President Goodluck Jonathan.

“The PDP regime of Jonathan inherited over $60b foreign reserve but depleted it due to high corruption, and Buhari has started building it up now to stabilize the economy.

“So, there is no magic President Buhari can perform with the level of corruption perpetrated under Jonathan. He just has to restrategise and rebuild, and that is exactly what he was doing,” he said.

On the 2018 governorship poll, Faparusi said the people are patiently waiting for APC to come up with a candidate, saying : “people are tired of Governor Ayodele Fayose and the PDP.

“Most of the projects like the flyover, Oja Oba market and the new governor’s office were being done not as a matter of necessity, but for mere publicity (PR), so Fayose has failed the people and the people will reject him in the 2018 poll”.

On how APC can win the election, Faparusi added that the party must accept the zoning agitation by picking its candidate from the South
senatorial district that has not produced governor since 1999.

“I believe so much in zoning not because I am from the south, but for equity, justice and fairplay. Ekiti south can’t be treated as second class citizens in their own state, this is wrong , undemocratic and
unacceptable,” he said.