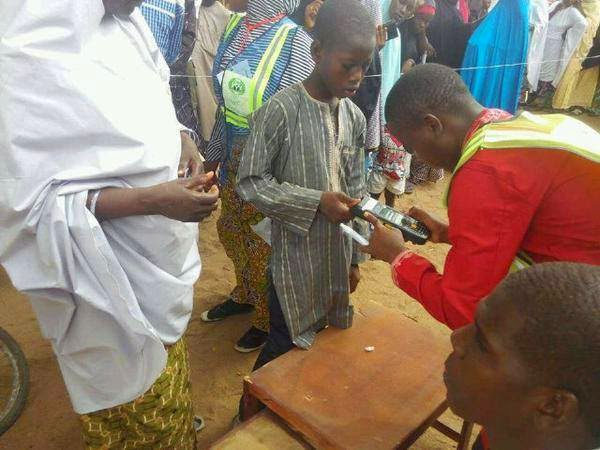 Nigerians on social media have expressed worry over the competence of the Independent National Electoral Commission, INEC, to conduct free and fair elections in 2019.

This is in respect to viral report where some underage voters were being registered in some parts of the country.

INEC had in response to the allegations explained that underage voters were registered because the lives of registration officers were being threatened by some members of the community.

INEC’s Director of Publicity and Voter Education, Oluwole Osaze-Uzzi said officials out of fear for their lives and threats by community members registered underaged voters, adding that the process of registration and voting could never be perfect because it was a human endeavour. /

This has stirred up complaints from Nigerians as they query the competency of INEC to conduct free and fair elections in the forthcoming 2019 elections.

@balogun “INEC said some underage voters were being registered in some parts of the country (mainly in the North) because the lives of registration officers were being threatened by some members of the community.

@osmosis “Is this the INEC that you expected to conduct free & fair elections?

@lonevoice What kind of foolish reasoning you’re advancing? Who did the voter registration? In 2011, 2015 general election did underaged not voted in the North? This has always been a recurring issue. But because it’s happening in the North, the owners of Nigeria, everybody is keeping quiet

@johnpius “It’s sad,that you guys (INEC) don’t want to be held responsible for the under age voters. Since d election was not conducted by u(INEC). Which body is responsible for d registration of Voters card in Nigeria? .

@solaowo “@inecnigeria that is not an acceptable excuse because the under aged voters were registered by inec officials and carry once PVC. It’s a preclude to what will happen in 2019 General election

@drolawwy “2019 election particularly the presidential election can’t be free & fair except the current INEC chair is remove, if not there wl b chaos post election @alagbaken ”

@soso “INEC explanations on Kano polls is, to the best of my knowledge, not impressive at all & secondly, the utterances of some sitting Governors as reported in the media is unbelievable to say the least. But there is time to sincerely look & improve on the situations that went viral.

@mojiaima “INEC claims underage voters being registered cos life of its officers are threatened, yet same Inec added the underage to its statistics of registered voters. under the watchful eye of Mr Integrity

@babasola ” INEC can’t stop underage voting in the North because their staff will be killed. When we told you Buhari did not win elections in 2015 you said it’s a lie.