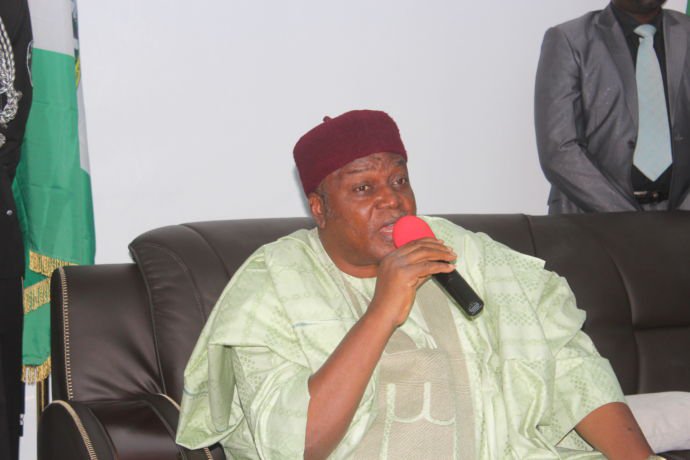 Governor Darius Ishaku of Taraba State has stated that state governors in Nigeria are only toothless bulldogs who cannot bite.

Governor Ishaku claimed that the state governors are regarded as Chief Security Officers of their respective states without control over any security establishment to help them work as Chief security officers.

Governor Ishaku stated this, in Jalingo, on Wednesday, when his Gombe State counterpart pain him a courtesy visit to condole with him over recent killings in the state and the death of Hon. Hosea Ibi who was kidnapped and killed subsequently.

Ishaku noted that as governors and chief security officers of their states, they have the enormous constitutional responsibility to protect the lives and property of their people but lack control over the security agencies that are all manned by the Federal government.

He said, “It is appalling that the slain member of the state Assembly, Hosea Ibi, was kidnapped directly opposite the military Barracks, in Takum.

“If I had control over the police, I would be able to successfully curb the wanton killings and destruction and other criminal activities going on in the state. This has made governors look like toothless bulldogs.

“The people now live in constant fear, the new insecurity situation in the country is perpetuated by some foreign militias who are bent on destabilizing the country.”

Earlier, the Governor Dankwambo said that he was in the state to condole with the governor and the people of Taraba State over recent attacks that left many people dead and many more displaced.

Governor Dankwambo said that the gruesome murder of the Member after weeks in captivity was most unfortunate, and urged the people to embrace any policy or legislation of the government aimed at addressing the security situation in the state and the Northeast.