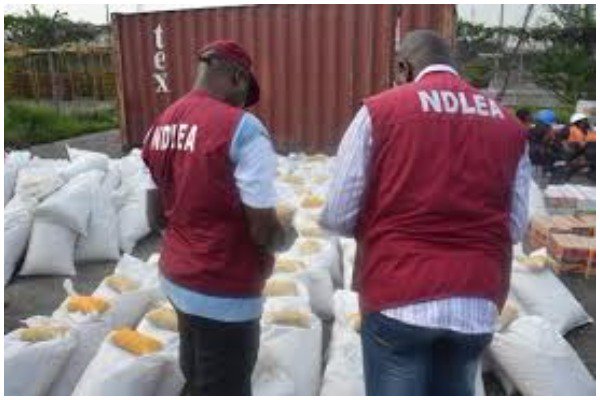 Solabi, a single mother, was arrested along with one Victor Chukwu, from whom 865 grammes of heroin was seized.

It was gathered that Solabi, a graduate of a polytechnic in Ogun State, was on board an Ethiopian Airline en route to Addis Ababa when the anti-narcotic officials discovered the drugs, ephedrine and methamphetamine in her two bags.

The woman, however, told the agency that she was asked to deliver the bags to somebody in South Africa and was not aware of their contents.

​Commenting on the arrest over the weekend, the NDLEA Commander at Nnamdi Azikiwe International Airport, Lawan Hamisu told Punch: “The seizures by the command have shown that South and East Africa routes are becoming more attractive to West African drug trafficking organisations, with Malawi, Kenya and Tanzania featuring prominently as sources of transiting heroin from Pakistan to Nigeria; with Ethiopian Airline as most preferred by these criminals.”

​The agency’s spokesperson, Jonah Achema, also said that 26 kilogrammes of illicit drugs had been seized at the airport in the last three months.