This was disclosed in a letter from the NBC dated 6th August 2018 and signed by its Zonal Director, Igomu Onoja.

According to NBC, a part of the song – “This is Nigeria; look how we living now everybody be criminal” has been tagged “vulgar” and the song is now declared “unfit for radio”.

DAILY POST recalls that Muslim Right Concern(MURIC) had requested Falz to take down “This is Nigeria” video over some “offensive” scenes which, they claimed, ridicules their religion.

This sparked controversy online as some Muslims criticised MURIC for not giving an ultimatum to Boko Haram and murderous herdsmen.

However, Falz, in response, said MURIC’s allegation of a hate video is baseless as the girls in hijab dancing ‘Shaku Shaku’ in the video symbolizes entertainment being a distraction from everything that is happening in the society. 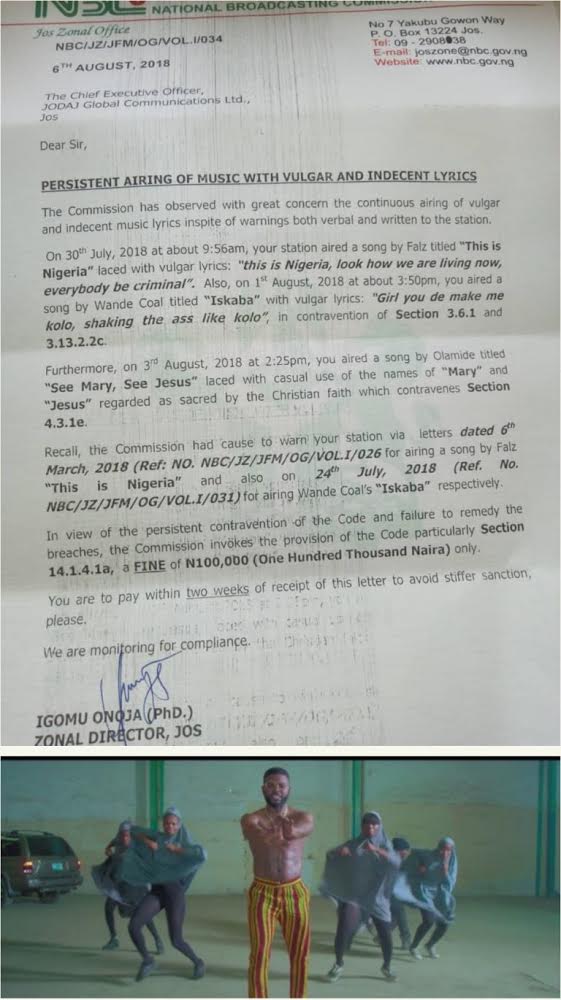