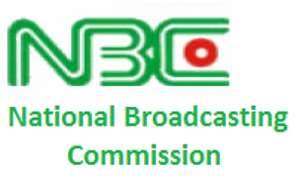 The National Industrial Court, Abuja, on Wednesday ordered the reinstatement of one Kate Obiechina, dismissed by the National Broadcasting Commission (NBC) in 2013.

Justice David Isele, in his judgment, said that due process was not followed by the NBC to dismiss the claimant.

He said that the dismissal was in breach of her constitutional right of fair hearing, because she was not formally informed through writing, and neither was the allegation of misappropriation of government fund investigated.

He ordered that the judgment should be complied with, within 14 days and arrears of her salary from the date of her dismissal paid in full.

The claimant before her dismissal was a Principal Monitoring Officer in the Makurdi office of the NBC.

She approached the court to declare her dismissal from the Commission in 2013 as illegal, unconstitutional, null and void.

The claimant’s counsel, Mr Bola Olotu, said his client was not given the opportunity to defend herself before she was dismissed.

He said that allegation of absconding from duty without permission was levelled against his client, to which she was given a query and ordered to appear before a disciplinary committee.

“On my client’s appearance before the committee, a new allegation of misappropriation of government fund was levelled against her.

“She was not given opportunity to speak or defend herself before the committee.

“On Aug. 28, 2013, my client was served a termination letter, stating absconding from duty without permission and misappropriation of government fund as basis for the termination.”

The claimant joined the Director-General of NBC, Federal Civil Service Commission, Minister of Information and Attorney General of the Federation as co-respondents in the suit.