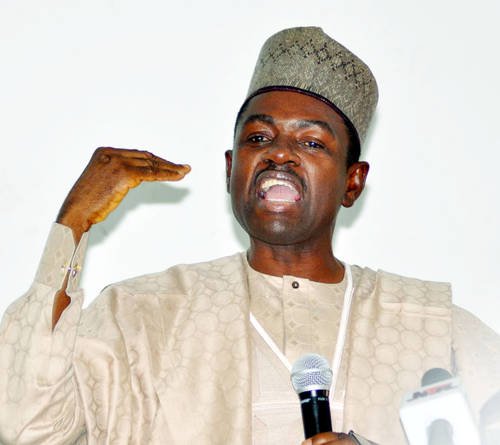 Former Minister of Information, Mr Labaran Maku, has urged President Muhammadu Buhari to use his visit to Nasarawa state to end the incessant killings between herdsmen and farmers.

Maku, who spoke to newsmen in the state, said there was nothing the president will give the people in Nasarawa state that would be appreciated, except peace.

“What is going on now is definitely beyond farmers and herders clashes. It is a major war going on. How long will this last before Nigeria finds a solution?

“The entire belt that is under attack is where most of our food come from. Nasarawa, Plateau, Benue, Adamawa, Taraba and Southern Kaduna. There is now a disruption in agricultural activities. So, as the president visits my state, I want him to ask for a special attention to stop these killings. Even if the state government is not interested in doing anything, these communities need peace”, he said.

“Every week, communities are burying people. There is nothing the president will give us in Nasarawa state today that would be appreciated, except peace. We have stopped asking for development. We are asking for peace. Only peace”, he added.

“These spate of attacks and shedding of blood have been going on in Nasarawa state since Almakura became governor. It will appear that we had some calm under Aliyu Akwe Doma, and for those four years, we had only one major attack in Nasarawa local government.

“There were no regular killings but since the advent of the current administration, it has been like a war of attrition. The point to note is that the current development is highly unusual and artificial because in Nasarawa we had stayed together peacefully for centuries.

“These attacks are close to the elections. It is beyond a conflict between herders and farmers. This war is about politics. It is about communal displacement, to disrupt public order ahead of the elections in our state. These attacks are not by ordinary people but by professional gunmen who enter into communities, kill and then disappear. As a leader from that state, I know that there is a connection to politics. People even discuss it openly. Why are these attacks closer to elections? Unfortunately, these attacks occur in the villages, and the villagers demand nothing from Nigeria but peace”, he said.

Maku, however, recalled when then Head of State, Gen. Yakubu Gowon visited the old Plateau state, saying the whole state shut down to welcome the president.

“But today, many communities cannot go to Lafia to welcome the president because their villages have been sacked.

“I want Mr President to know that in 2011, his original party, the CPC won in Nasarawa state while the president lost in his own Katsina state”, he said.