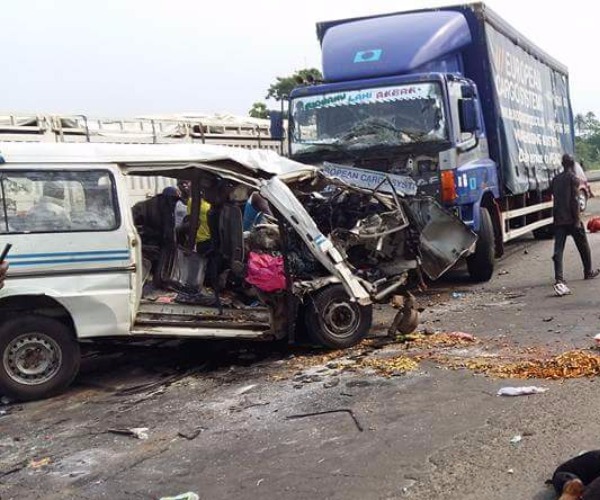 The News Agency of Nigeria (NAN) reports that the multiple accidents occurred on Saturday at about 5.30p.m at the NNPC Mega Filling Station located at Naira Triangle axis.

The Command’s spokesman, SP Ebere Amaraizu, who confirmed the incident in a statement issued in Enugu on Saturday, said there was no life lost in the incident, though many vehicles were damaged.

According to him, the multiple motor accidents involved about 16 vehicles.

“The incident was allegedly caused by a truck loaded with cement that had lost control and rammed into vehicles on the filling station queue waiting for their turn to get fuel.

“The prompt intervention by police personnel from New Haven Police Division saved what would have resulted into some aggrieved members of the public taking laws into their hands.

“The damaged vehicles are being removed for free flow of traffic and to avoid any other incident,’’ he said.