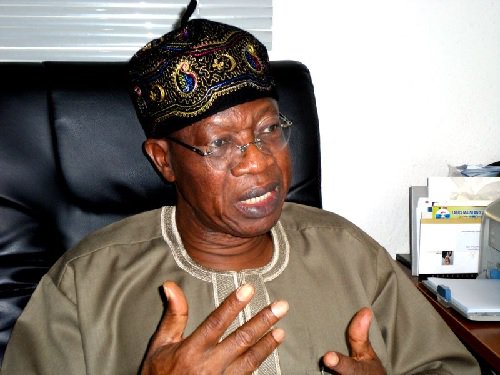 The Nigerian Government is compiling fresh names of people alleged to have looted the nation’s treasury under former President, Goodluck Jonathan.

The fresh list will have names of those who are yet to be arraigned in courts for corruption.

Names of former governors, ministers and even bankers are to show in the list.

The Minister of Information and Culture, Alhaji Lai Mohammed, had earlier disclosed that 55 persons stole N1.34tn under Jonathan’s watch.
The Minister released 29 names, who he said took money from the office of the former National Security Adviser, Col. Sabo Dasuki (retd .).

The Chairman of the Presidential Advisory Committee Against Corruption, PACAC, Prof. Itse Sagay, SAN, confirmed this development to Punch.

He said the names of 55 persons that allegedly looted N1.34tn under Jonathan’s regime were not in the lists of looters released by the Federal Government.

Sagay said he was very sure that the Federal Government would publish the names of these alleged looters.

He said, “Yes, I’m sure. In fact, there is a paper containing all their names, the charges against them, how far their cases have gone, some of them have never been charged.

“I don’t want to mention any names for now. There are people on that list that the court declared that the EFCC (Economic and Financial Crimes Commission) had no right to prosecute for technical reasons, not for substantive reasons.”